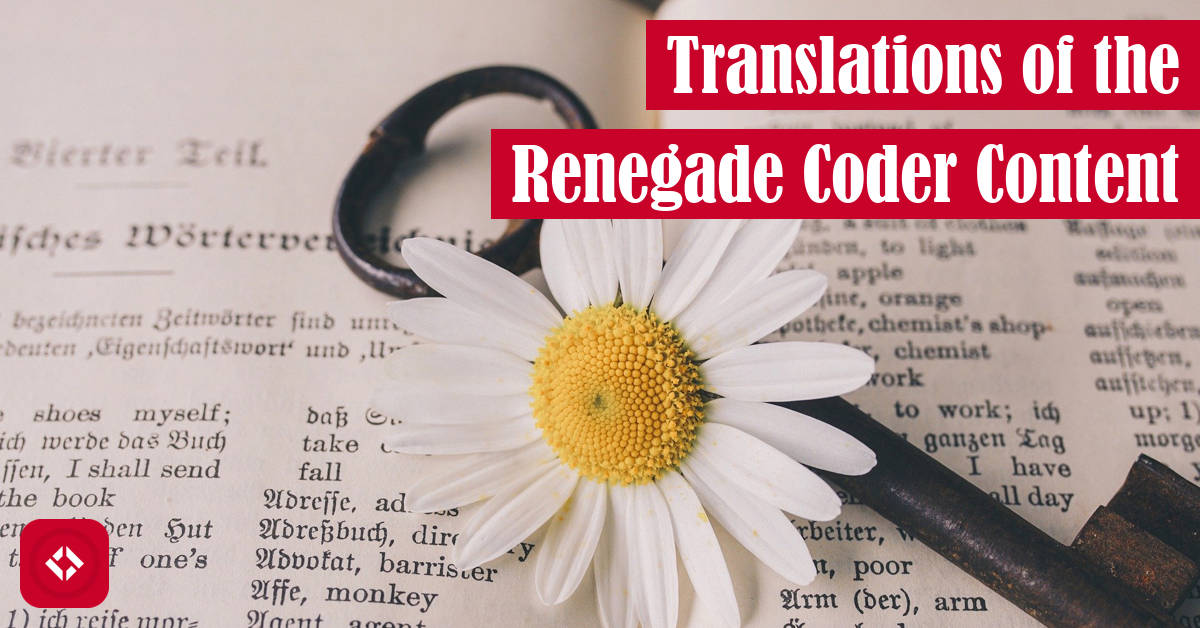 I’ve been writing programming content since 2017. Only recently, however, have folks taken an interest in translating my work to their native language. While there are plenty of tools that provide translations of my work, nothing really beats a native speaker or their commentary. As a result, I can’t help but support their work. In this article, I’ll be maintaining a list of all the translations of my articles I’ve received or found across the internet. Let’s dig in!

You might have seen recently that folks have been requesting to publish my content in their own language. Every time I’ve been asked, I’ve let folks do it. There are a few reasons for this.

First, translating content to a different language is hard. As someone who has tried to learn two different languages in the past 10 years, I know even conveying a thought in a second language can be hard. As a result, when folks ask if they can translate my work, I know that they’re not stealing my content. They’re doing genuine labor. In fact, I would go as far as to say that they’re benefiting me by choosing to use my work. Suddenly, my work will be in front of new eyes, and I have the translators to thank for it.

Second, computer science is an international field. Why should I restrict my audience to only English speaking folks? As a result, it seems like a no brainer to let folks translate my work for their own audiences. In fact, I think locking down any work to a particular region or context is exclusionary and only works to harm communities in need (see academic journals). That’s not to say that I think any of my work has had a major influence on anyone, but I generally subscribe to the idea of free education for all—not free English education for all.

Finally, I just think it’s cool. For someone across the world to even find my work in the first place is a huge honor. Then, for them to think its good enough to be replicated is a dream come true. In other words, if you’re reading this right now, I welcome you to repost any of my articles in your native language. It may go to helping someone!

Now, it would be one thing to open my content up to translations. It’s another thing entirely to promote those translations, and that’s exactly what I’m going to do. Below, you’ll see various subheadings for the languages that I believe currently have translations. If you see anything missing or any problems with the existing list (e.g., bad translations), feel free to reach out on Discord

Looks like some of my articles have made their way into Arabic translations. Here’s what I found on the “arabicprogrammer.com” site:

Looks like many of these were picked up from the work I did with Java Code Geeks. The articles from there definitely got around!

After looking through some of my backlinks, I found several copies of some of my posts floating around various websites. Again, no one asked me if they could do this, but I’ll include them anyway. This first set is from “freesion.com”:

These then point to the “original” source which is “csdn.net”:

Both of which apparently snagged the articles from Java Code Geeks, who I worked with briefly, or dev.to. As far as I can tell, I have at least 30 articles in Chinese on “csdn.net”, so check them out! Also, here are a few more from other sources:

One of the newest additions seems to be in German! This one comes from a site called “programmerwiki.com”:

As mentioned at the bottom of the article, it looks it was ripped from dev.to.

Recently, I found a few articles in Korean over on “intrepidgeeks.com”:

Special shout out to Екатерина Степанова for reaching out with the following translations:

In addition, here are some other articles I found in Russian:

These are nabbed off of “instintoprogramador.com.mx”. I can’t tell if they’re authentic translations, but there’s basically nothing pointing to an author or the original source. Also, some of the translations look a little weird. For example, the line numbers in code samples are sometimes numbers and sometimes written out which seems like a failure of some automation tool. That said, I included them anyway. Let me know if you know of any viable replacements.

I believe the following article was translated after my repost gained popularity on Dev.to. Let me know if you have any other Vietnamese translations.

If you’d like to translate any of my work, please reach out at jeremy.grifski@therenegadecoder.com. That way, I can properly link and credit you above. Otherwise, I might stumble upon you work and link it here on my own (that usually takes longer).

With that said, I appreciate you taking the time to check out my work. Hopefully, you found the resources you needed. And if you did, I’d appreciate it if you showed us your support. If not, no worries! See you next time.