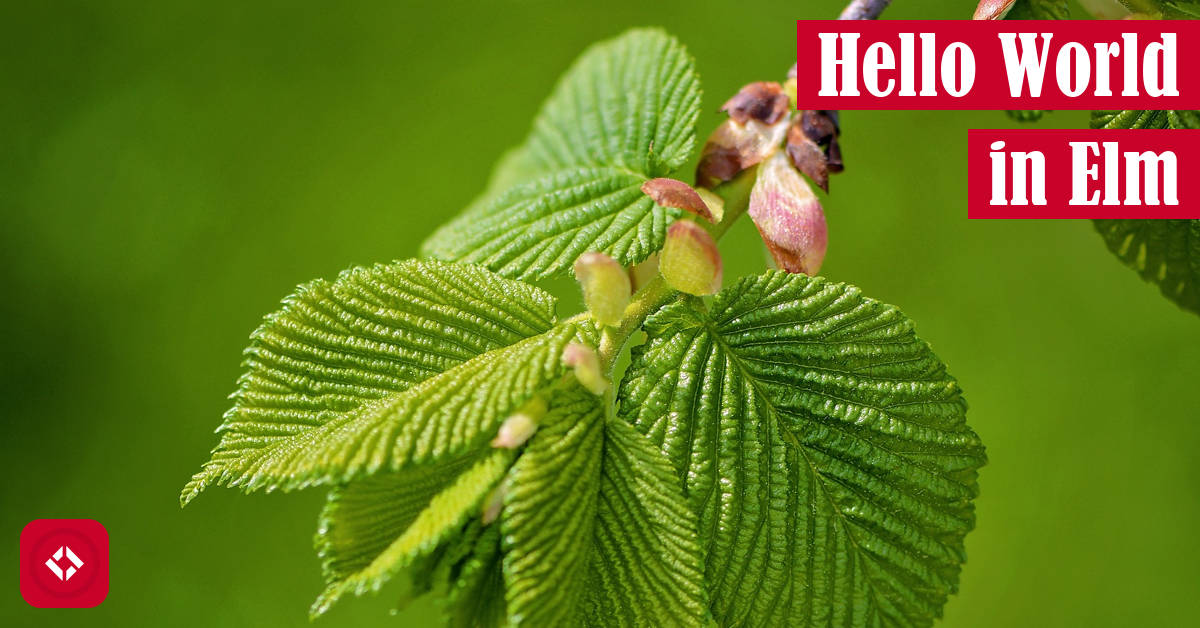 Hello and welcome back to another installment of the Hello World in Every Language series. At this point, we’ve covered over twenty languages, and I have no plan to stop. Today, we’re looking to implement Hello World in Elm, a fun web development language that appeared in 2012.

1 Elm Background
1.1 Static Typing
1.2 Immutability
2 Hello World in Elm
3 How to Run the Solution
4 Sample Programs in Every Language

In terms of features, Elm offers immutability, static typing, and a module system.

At this point in the series, we’ve seen a lot of languages which support static typing. Because of that, I’m slowly starting to draw a distinction between statically and dynamically typed languages.

Originally, my understanding of static typing came from languages like Java and C where we have to explicitly state the types of our variables:

Because of this rather naive distinction, I was under the impression that Elm couldn’t actually be statically typed because the language supports type annotations. Instead, I thought that maybe Elm was more like Hack, a gradually typed language.

In the case of Elm, type inference is used to determine value types. However, type annotations can be used to improve program readability. And, the compiler will even verify the annotations are correct

. However, the annotations, in this case, have nothing to do with gradual typing.

While debating type systems is great, Elm’s most interesting feature to me is immutability. Immutability—a byproduct of value semantics

—describes a value’s inability to be changed. In other words, immutable values are values that cannot be changed after creation.

To me, the concept of immutability is interesting because code like the following will fail in Elm:

Because a is immutable, the code above will actually cause a recursion error. You can read more about that in Elm’s documentation. At any rate, let’s get to the solution!

As usual, let’s dive right into the implementation of Hello World in Elm:

And, that’s it! We can write Hello World in Elm in just a few lines of code, but what’s really going on in this code?

Up first, we have the module declaration line. In other words, we’ve defined a module with the name HelloWorld. If anyone wanted to use this module, everything would be completely exposed.

Okay, so we have a solution, but how do we run it? Well, Elm is a bit different than our typical languages because it’s for web use only. As a result, we’ll want to download the necessary utilities first.

Now would be a good time to install Elm

. With that installed, get the Html package from the command line:

After that, grab a copy of the elm solution from GitHub

. Now, in the same folder as the new file, run the following from the command line:

in a browser and open the HelloWorld file. That’s it!

Alternatively, use an online Elm compiler

for testing code snippets. Give it a go!

As always, thanks for sticking around. So far, I’m finding Elm to be a lot of fun to learn, and that’s likely because I’ve been playing with a lot of functional programming languages for the first time.

At any rate, if you liked this article, give it a share. Oh, and if you want to recommend a language for a future article, use the comments below or fork the GitHub repo. Thanks, again!