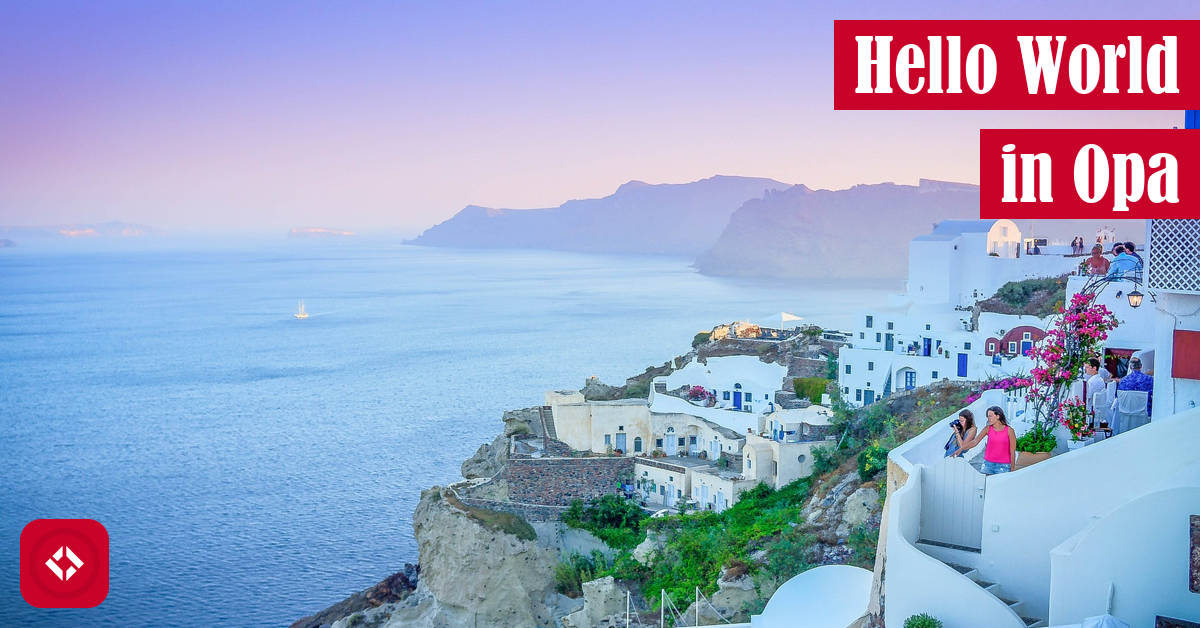 Welcome to yet another community installment in the Hello World in Every Language series. Today, we’ve been lucky to have the help of Nicovillanueva who shared the solution to Hello World in Opa. Of course, we’re are especially thankful because they introduced Docker to this repository

1 Opa Background
2 Hello World in Opa
3 How to Run the Solution
3.1 But First, Lemme Explain Docker
3.2 How to Run Opa in Docker
3.2.1 Image Setup
3.2.2 How to Run it for Real This Time
4 Sample Programs in Every Language

Opa is sadly a short-lived language, created in 2011 by the company MLState. It’s strongly focused on webapps, as it lets you write server-side and client-side code, side by side. The client-code is compiled into JavaScript, and the server-code, into Node.js. All using strong, static typing. Pretty nifty.

In version 0.9.0, it natively supported MongoDB, as if it had an ORM built in. In 1.1.0, this support was extended to PostgreSQL too.

It reminds me a bit of React/JSX, as it’s wholeheartedly designed for interoperability with HTML. It’s actually a first-class citizen. Blurring the line between client and server code is something that I’m really fond of.

The problem is that, having had only 2 years of activity, the “user experience” is really bad. Setting up the environment is… problematic, to say the least. It requires installing NodeJS and OCaml, with dependencies of each one sprinkled in. Which in turn need dependencies. Some of which have to be compiled from source. In a time where installing a language (or anything really) should not take more than 2 or 3 commands (apt update && apt install -y Stuff-0.1.1-dev), this was a paaaain.

As we mentioned, Opa code contains both front-end and server-side code. As such, our Hello World looks like this:

Notice how we define a function that returns raw HTML (a la JSX) and also set up the server, all in the same file. The Server.start would be analogous to a main() function. In this case, it’s parameters take the server’s settings (default http server in this case) and a component to render.

Also, we do not define imports of any kind. Everything is picked up off the standard library.

Typically at this point, we would cover a couple methods for running the solution. For instance, we might share a link to an online editor. If that isn’t available, sometimes we’ll even offer a way to run the solution locally on your PC. And, you can do that with Opa, but we’ve opted instead to run Opa using Docker.

To give a small overview of Docker and containers, imagine a virtual machine that can boot up in less than a second, and the cost of provisioning, screwing up and starting from scratch, is negligible. (Disclaimer: it’s totally not like that, but let’s go with it.)

I absolutely despise installing stuff, using it once or twice, and then forgetting about it. I rarely remember to uninstall such things, and you can never be too sure that it hasn’t spread it’s 1kB-sized temp/config files all over. That’s why I use containers.

Would you like to see what happens when you create a thousand random files in / ? Or how the system screws up when deleting /var ? Or even try out a fork-bomb (Disclaimer 2: It’s sorta dangerous in a container too)?

Well now you can! You can spin up a container with a fresh Ubuntu in it, toy around with it, and have it deleted upon exit.

Containers are like VMs, except they share the kernel, network stack, and more, with your own OS. They also can be constraint via cgroups (hard/soft CPU/memory limits, and more). The root filesystem they use is mapped to folders in your own machine, and whatever harm you do to them, does nothing on your system.

So, you can “easily” install Opa (or any other language/thing) in a container, play around, stop it, and when you delete the container, your OS is still as clean as before.

How to Run Opa in Docker

Finally, we can actually dig into the execution of Hello World in Opa.

For my next trick, I built a Dockerfile

. It contains the definition of all which needs to be installed and set up in order to run Opa, on Ubuntu.

This is mostly not reversible: While you can commit a container into an image, you cannot extract the Dockerfile from an image.

So, if you want to build your own, local image, you can build it off the Dockerfile, like so:

Now you have a working image. Congrats.

Docker has a “hub”, conveniently called Docker Hub, where users can upload their public images for others to use. So, instead of building your own image, you could have just used mine:

So, finally, we can run hello-world.opa

How to Run it for Real This Time

What we just did was run my image (if you want to use your own, replace “nicovillanueva/opalang:1.1.1” for what your provided as --tag in your docker build), mapping the current directory ($PWD) to /data inside the container.

This allows the Opa container to pick up the .opa file and compile it, inside the container. It gave no output, but notice that there’s a new hello-world.js

As this .js has some npm dependencies, we can also run it inside a container, using the same image:

As always, thanks for stopping by. If you enjoyed this article, don’t forget to give it a share. If you’re interested in contributing to the series, stop by the Sample Programs repository