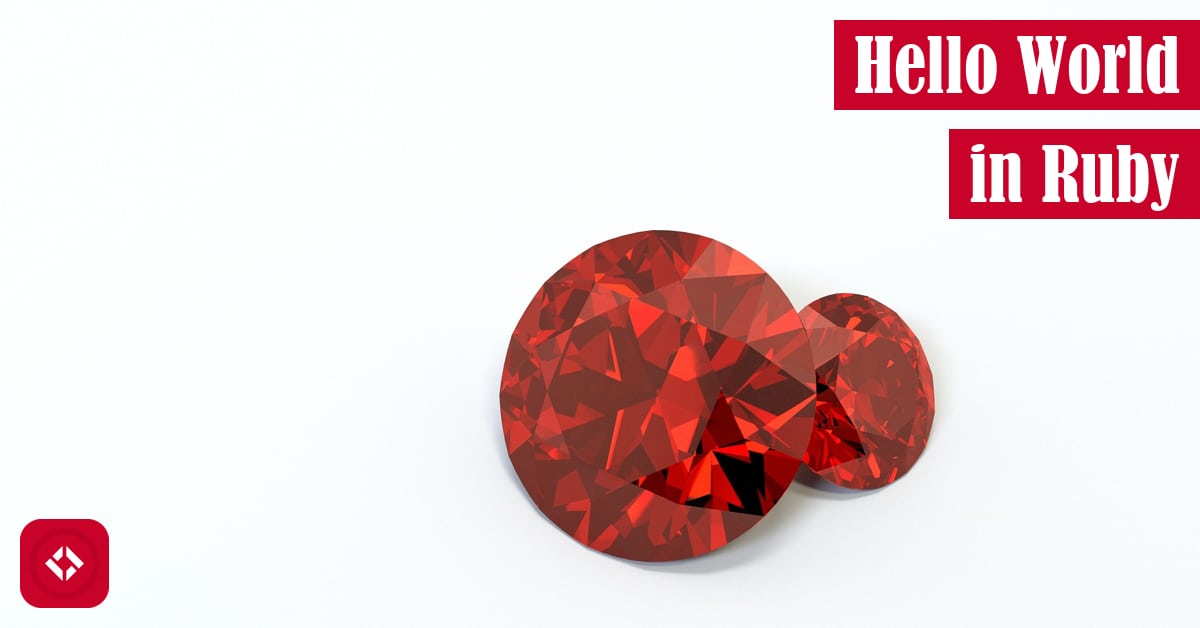 If you didn’t know, up to this point I’ve been more or less familiar with all the languages I’ve written about. Now, I’m trying my hand at a language I’ve never used, Ruby. Because of that, I hope you’ll reserve your harsh judgments as I trudge through this tutorial.

As a Ruby novice, I had to consult Wikipedia

According to Wikipedia, Ruby is a general-purpose language that first appeared back in 1995 in Japan. Apparently, Ruby is a truly object-oriented language in the sense that almost everything is an object. In fact, even numbers are objects in Ruby which means they can be subjected to the dot operator. How cool is that?

Today, the other major industry languages like Python and Java are more popular general-purpose languages, so Ruby often finds its place as a web development language. This is probably due to the Ruby on Rails framework which helps developers build web applications quickly and easily.

That’s it. The puts method is available out of the box. Since almost everything in Ruby is an object, we can probably assume that this method comes from the core Object. In fact, I dug a bit deeper to find that puts comes from Kernel which is a class baked into the Object class, the default superclass. We can actually prove this by calling the following:

This code snippet returns Kernel which is the class that puts comes from. And, that’s it! Hello World in Ruby in just a single line of code.

If we want to run either of these snippets, here’s an online Ruby interpreter

Alternatively, we can download and install the latest Ruby interpreter

. After that, we’ll want to get a copy of the solution

. Assuming Ruby is in our environment, all we have to do is run the following:

And, that should run the script!

With Ruby out of the way, I think I’ll jump back on the “proprietary” train and visit Objective-C and Swift in the next couple tutorials. I’m excited to learn about the inspiration for both of those languages.

I’m not sure where we’re headed after that. There are tons of directions I’d like to take this series, so I may just poke around random languages for awhile. For instance, I’d like to explore some more web development languages like PHP and JavaScript. I’d also like to dig into some assembly languages like x86 and MIPS. We’ll see where this series goes!