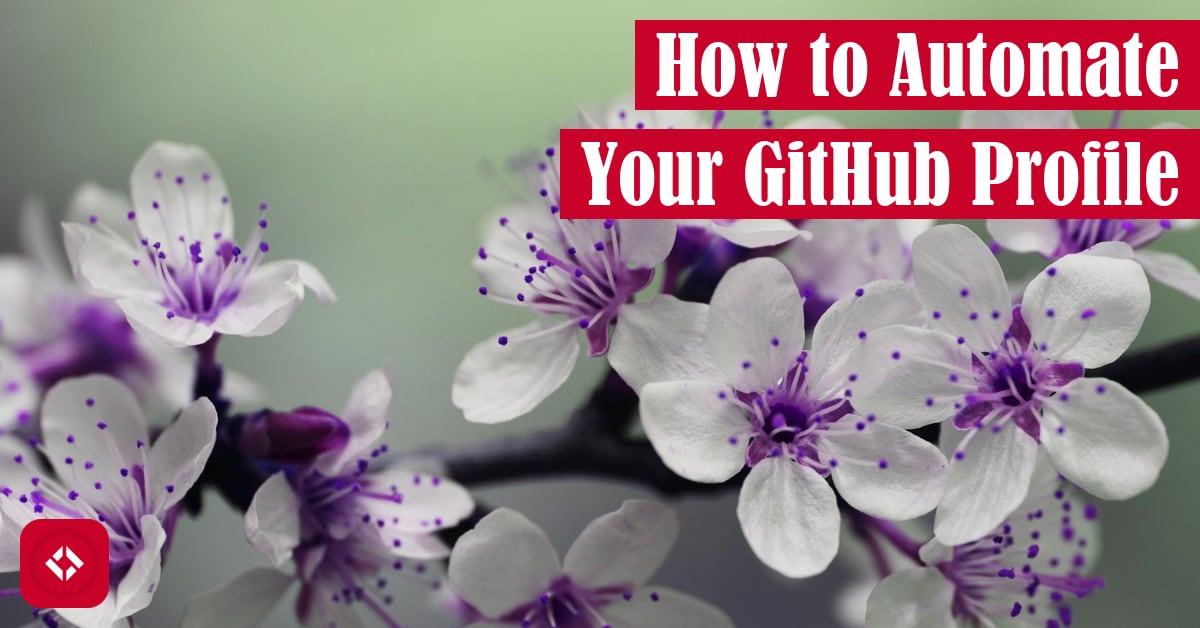 GitHub profiles received a face lift in the last year, and now folks are coming with all kinds of cool ways to use them. If you’re not caught up in the hype, this article is a great place to start!

Every user of GitHub has a special GitHub repo that acts as their profile. To access it, you can use update the following link:

For example, here is my profile repo

While this repo may seem special, there’s nothing really different from any other repo. You can store anything that you would store in a normal GitHub repo. The only difference is that the README file will be displayed on your profile page here:

And again, here is my profile

Because the README serves as the profile, you’ll probably want to learn some markdown. That way, you can properly format your profile to your needs. To help with that, I’ll lay out a brief cheat sheet here:

A heading of any level between 1 and 6 can be created using hashes:

You can link any text using the following syntax:

Ordered and unordered lists can be created as follows:

Tables are probably one of the more complicated structures to replicate in markdown, but the general structure is as follows:

In addition to everything mentioned above, there are a few bonus features in markdown. For example, you can create a horizontal rule as follows:

If you already know Python and markdown, this should be fairly straightforward. All you have to do is put your text into strings and dump it to a file. For example, here is a Python script that dumps “Hello, World!” to a README file:

More than likely, of course, you probably want the Python script to do something more interesting. For example, maybe you have a blog, and you want to share a list of latest posts on your profile. It would be quite annoying to update that regularly, so why not automate it with Python? Here’s how you might collect your posts from your RSS feed:

This code returns a list of posts from an RSS feed. We can then generate a list of them in markdown as follows:

See, that wasn’t so bad! But wait, there’s more.

As much fun as you probably had learning markdown, it can be a nightmare. As a result, I made a markdown generation library called SnakeMD. Here’s how it works:

Again, all this is going to do is dump “Hello, World!” to the README. And if you were particularly cynical, you might argue that it takes an extra line of code to do it. That said, look at how much cleaner it is to put together our list from earlier:

As always, I only mention SnakeMD as an alternative to writing the markdown by hand. You’re welcome to write your own Python script that manages all the markdown through strings.

Just because you have a Python script does not mean your README is automated. There’s one more step to go: continuous integration.

Once you have a Python script ready to generate the README that you want, you can automate it as follows:

This is an example of what a GitHub Action might look like for automating your Python script. Basically, I have this action scheduled for every Friday, which happens to line up with my publishing schedule. If you want something like this, feel free to copy the code into a file called “deploy.yml” at the following location: username/.github/workflows.

That said, even if you have a Python script called “readme.py,” there’s a chance that this action won’t work for you out of the box. You’re going to need a requirements.txt file with a list of all of your dependencies. Here’s what mine looks like:

If you don’t have any dependencies, feel free to omit the requirements file.

Bringing It All Together

Also, here’s an example of the appropriate repo layout:

As soon as all the code is committed to main, the action should run for the first time. At that point, your initial README should be generated and committed to the repo. From there, it will be updated every Friday! To see what this looks like in practice, check out my profile

which is automated in exactly this way.

As you can probably tell, my profile does a little more than what we described here. If you’re interested in a follow up, let me know! Maybe I’ll make a template repo which you can use to generate a nice profile.

Regardless, that’s all I have for you today. As you can probably tell, I love Python, so here are some related posts:

Alternatively, here are some resources from the folks at Amazon (#ad):

link to The Complete Guide to SnakeMD: A Python Library for Generating Markdown

Markdown is one of my favorite file formats as someone who doesn't know a lot of frontend. If you're like me, then you'll be pleased to know that a Python library exists for dynamically generating...

Continue Reading
link to The Complete Guide to Subete: A Python Library for Browsing Code Snippets

I'm kicking off a new series on Python libraries. Today, I'm showing off one of my own: subete. It let's you look at code snippets from the Sample Programs repo.