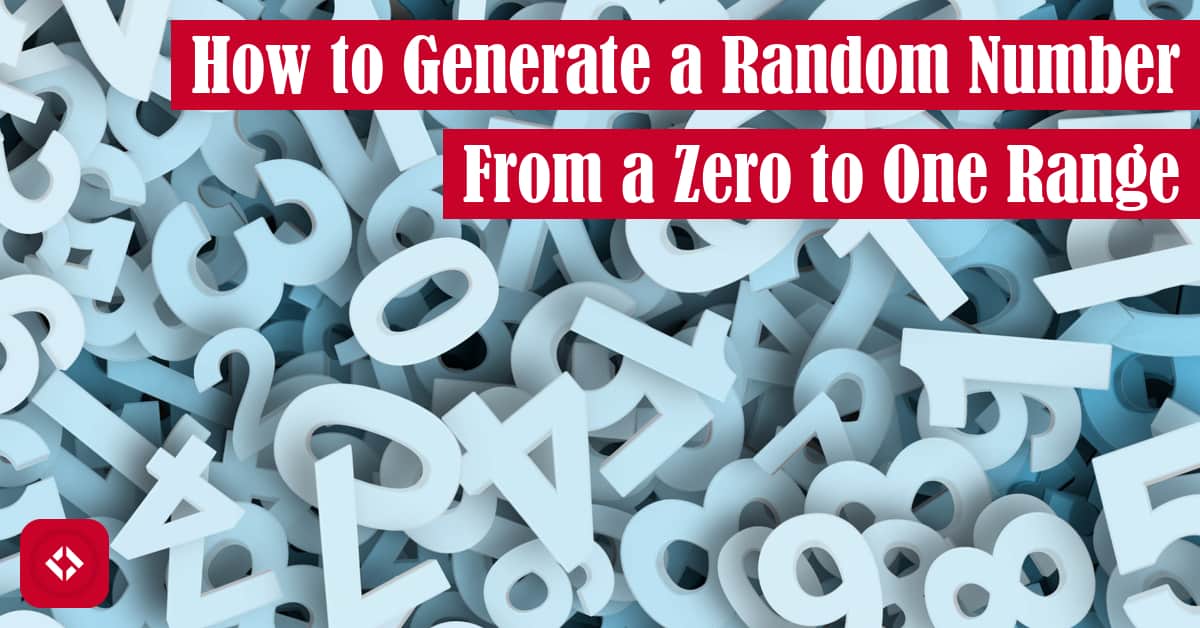 Depending on what language or API you’re using for creating random numbers, you may run into a weird problem: you can only generate numbers between 0 and 1. Luckily, there’s an easy fix!

With that said, most pseudorandom number generators are random enough for general use. They maintain some form of randomness by relying on a constantly changing value like time as the initial seed value. That way, successive runs of the same script will almost guarantee a unique return value.

While pseudorandom number generators are great for getting a random value, they often have limitations. For example, depending on the language or library, you might only be able to generate a value between 0 and 1. Luckily, that’s all you typically need to generate any number you want.

Making Sense of a Range of Values

In mathematics, we like to talk about ranges as a set of values between two points. For example, in the previous section I mentioned that many pseudorandom number generators only produce values between 0 and 1.

That said, a range of 0 to 1 is ambiguous. Does the range include 0 and 1 or not? As is often the case in programming, we include the initial value but exclude the final value, and we indicate that as follows:

To be clear, the square brackets indicate inclusion while parentheses indicate exclusion. In other words, any number we generate will be a decimal value from 0 until 1, where 1 is not a possible return value.

With that out of the way, let’s talk about changing the distribution.

I’ll give you a hint! It’s addition. We can shift our entire distribution from [0, 1) to [1, 2) by adding 1 to both end points. Or to make it more explicit, we would add 1 to the random number that we generated:

One of the limitations of shifting a distribution is that we can never widen or narrow it. We’re stuck with a width of 1, or are we?

If you guessed multiplication, you’d be right. In this case, we need to multiply both sides by 50 to get the distribution we want. Here’s what that might look like in code:

As usual, we can change the width of our distribution however we like. For example, if we want to narrow our distribution from [0, 1) to [0, .5), we would only need to divide both sides by 2 (or multiply by .5).

Scaling and Shifting the Distribution

Scaling and shifting alone have their limitations. However, together they can create any distribution. You just have to be careful in the order in which you apply the operations. My general advice would be to multiply the distribution first before adding. Here’s a decent formula:

Put it all together and we have the following equation:

When plugged into the code, we’ll get a value in our expected range:

Now, that’s cool! And the best part about it is you can use it to generate any random number.

But Wait! What About Integers?

In this article, we talked about how to scale and shift a [0,1) distribution to any distribution of our liking. However, one of the limitations of the formula is that we’ll always get floating point values as a result. If we need integers, say for a lottery of 20 people, we have to do a little more work. Specifically, we need to cast the entire result to integer:

Keep in mind that a solution like this will only work on positive values. After all, converting the values to integers will only cut of the decimal. As a result, a distribution on [-20, 0) will actually exclude -20 and include 0 with this solution. Instead, use the math.floor() function.

With that said, that’s all I have to say about random number distributions. As always, here are some other useful posts: