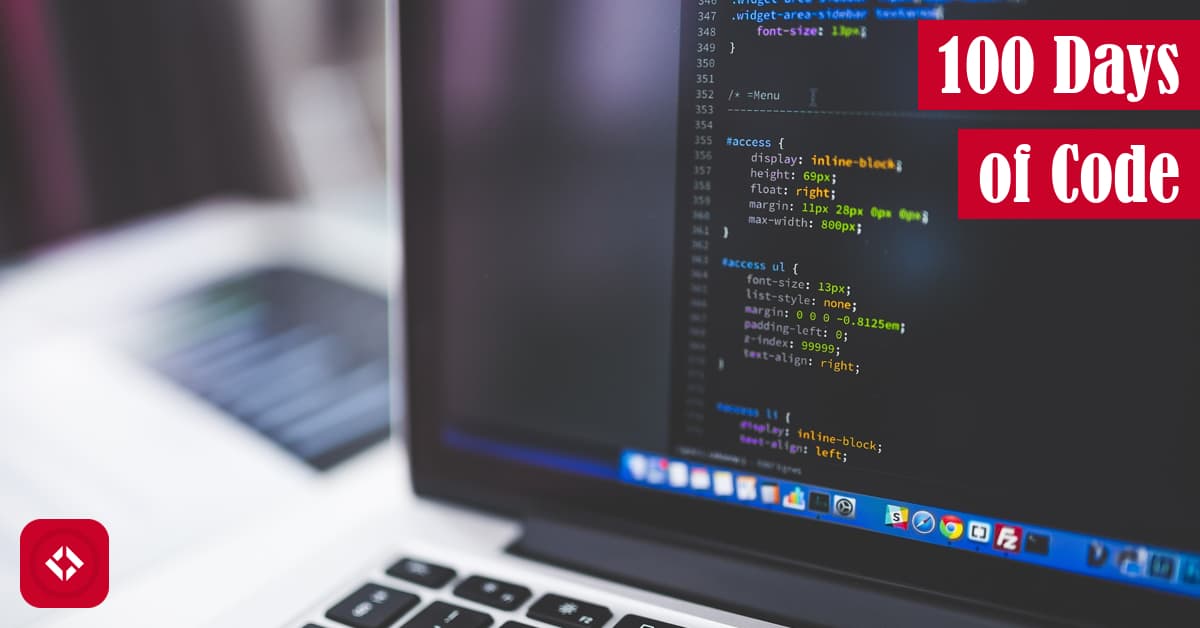 Once again, thanks for stopping by to check in on what I’ve been up to. I apologize for posting this a little late. I got married this weekend, so I haven’t had time to write this article. As a result, I’ll keep it brief. I just want to talk about 100 Days of Code.

If you haven’t heard, I started a series called Hello World in Every Language. After a quick Google search, I found that this sort of thing has already been done a few times, so I’ve decided to make mine a little unique. For starters, each article includes a brief history and overview of the features for each language. Then, I share the Hello World code snippet and describe what’s happening. After that, I tag it with 100 Days of Code and push the source code to my GitHub repo.

Unfortunately, this means I’ve made a commitment to release some sort of Hello World article every day. Obviously, I don’t want to double post in one day, so I skip days like Tuesday and Friday which are reserved for other articles. Other than that, expect a 100 Days of Code article every day! 🙂

In addition to 100 Days of Code, I also got married this past weekend. I won’t say too much about that at the moment since I’ll probably write a full article about it. But, I had a good time! It was a pretty small wedding, and I got to spend a day with a few of my friends. We went ice skating, got hibachi, played guitars at Guitar Center, and ate tons of food. 10/10 weekend.

For me, the biggest thing that has added value to my life lately has been music (as usual). Once again, I’ve gotten back into playing the guitar thanks to Soupy or rather Aaron West and the Roaring Twenties. This time it was for a song called 67′ Cherry Red:

Turns out this song is pretty easy to play, so I’ve been rocking out to it in my free time.

As I’ve stated already, you can expect a few months of Hello World articles for 100 Days of Code. In the meantime, you can also expect an article this Friday titled 11 Reasons Why I Quit My Engineering Career. This article serves as a teaser for my A String of Unfavorable Roles series. Also, it’s a nice SEO optimized articled which should funnel people to the series (fingers crossed). Otherwise, I’m not sure how people will find it.

Beyond that, I don’t have anything else planned. We are just over a week out from my last day at work. After that, I’ll be grinding at this website every day! Until then, take care.