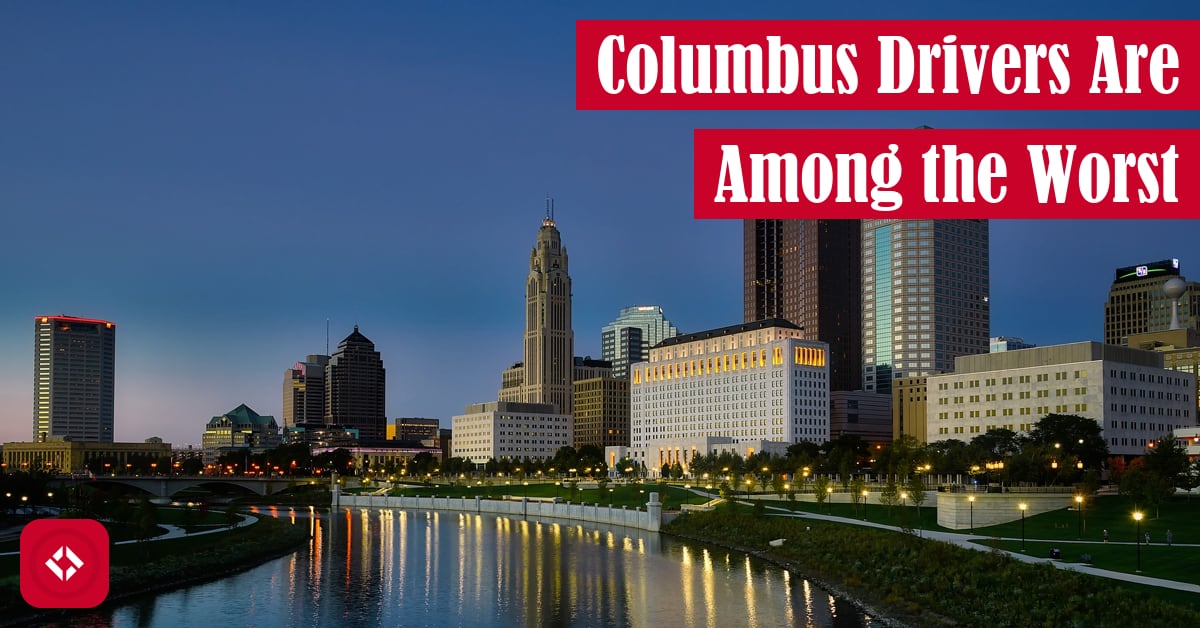 For those of you unfamiliar with the midwest, it’s mostly crops and flat land. As someone from a more mountainous region, this came as a surprise to me the first time I drove through one of these midwestern states. It’s incredible how far you can see when there’s nothing but asphalt and crops for miles.

Of course, when my wife and I first moved to Columbus, OH, we fell in love with the flat nature of the area. After all, level ground is perfect for infrastructure like roads, sidewalks, and housing. As a result, it’s very easy to get around. In fact, I walk a little over a mile to class every day, and we often hike to downtown on the weekends which is like a 3 mile walk in one direction.

when it comes to driving. Of all the places I’ve lived, nowhere have I found a more dangerous community of drivers.

At this point, we come to the meat of this article. After all, what’s the point of debating the quality of a city’s drivers without some wonderful anecdotes. Fortunately, I have about four personal anecdotes—most of which are from the point of view of me as a walker.

If you want to hear any scary driving tales, I recommend asking my wife. She drives all the time, so she’s used to dealing with Columbus drivers. At any rate, let’s get down to business.

One of the first times I noticed the bad driving in Columbus, I wasn’t even driving. Instead, I was on my way to class on foot.

On this particular occasion, I was just barely away from my apartment complex when I noticed an ambulance coming my direction. As the ambulance got closer and closer, I noticed all the cars on the road moving over to let this ambulance through.

On the side of the road closest to me, I saw a pair of cars heading toward the ambulance. After a closer look, I noticed that the trailing car was aggressively tailgating the leading car. As the ambulance got closer, the pair of cars slowed down before the car in front eventually pulled over.

At that moment, the trailing car sped around the car in front of it and proceeded to play chicken with the ambulance. Of all the things I had seen in my life, this was perhaps one of the dumbest. I hope that whatever modicum of time they saved was worth it.

Another time, I was walking home from class later in the evening. Naturally, I’m aware of how bad Columbus drivers are, so I know to be extra careful when walking through intersections—especially at night. Unfortunately, I was not prepared for what I experienced that day.

Before I try to explain what happened, I’d like to just to take a moment to describe the intersection. For starters, it’s a four-way intersection with lights. In total, there are 17 lanes with 5 lanes a piece going one direction and 4 lanes heading into 3 lanes in the other direction. Or, for those of you who’d prefer I just show you the intersection, here it is:

The portion I was crossing at the time is at the bottom of the image from right to left. When I walk through that intersection, I usually only have to pay attention to three lanes at most:

As you can see, all three of these lanes can intersect with me at any given time, so I have to be careful that the drivers in these lanes are paying attention.

Unfortunately, what I wasn’t expecting was a driver to almost hit me coming from the middle lane on my left (orange). Apparently, they were in such a hurry that they figured they could swing into that middle lane, cut off the person in the right lane, and make a right.

Am I being unreasonable here? That’s just downright stupid driving, and it’s disturbingly common in Columbus.

Another time, I was walking just a block away from that previous experience when I found myself waiting at a light. As I was standing around, I was watching the lights cycle to let different cars through the intersection. At this intersection, the lights rotate to allow only one direction to go at any given time.

At one point, I was watching a pair of cars come toward the intersection. Unfortunately, they were just coming over the hill as the light began to change. Despite this reality, neither car began to slow down. I’m not sure if they weren’t paying attention or if they felt they could still make it, but things weren’t looking good for them.

Eventually, the leading car realized they were going to have to stop, so they spiked their brakes a bit. They didn’t stop terribly hard, but they didn’t stop smoothly.

Thank goodness there wasn’t anyone trying to turn right next to me because I probably would have been in the middle of a car crash. All thanks to some idiot who thought they could beat the light.

All that said, perhaps the mother of all bad driving experiences occurred while I was actually in a vehicle. On this particular occasion, my wife and I were heading out to get an oil change. Unfortunately, it was also an OSU football game, and we live less than a mile from the stadium. As you can imagine, it gets pretty busy.

At any rate, we were trying to leave our parking lot when we got stuck waiting at the exit for traffic to clear. In addition to the long lines of cars moving in both directions, there were also a ton of people moving through the streets. As a result, I had to be extra careful when heading into the street.

As we were waiting around, I noticed our car make an odd sudden move. It wasn’t much—just enough to get our attention—so I began to investigate a bit. Almost immediately, I noticed someone was very close to us in the rear view mirror. To which, I concluded they must have bumped us.

After mentioning this odd incident to my wife, I noticed her grow visibly irritated. To be fair, she doesn’t do well in stressful situations and this was her car after all, so I didn’t press the issue too much further. Instead, I moved forward a bit only to have the car behind me close the gap. Was this person really that impatient?

Eventually, we made our way into the intersection thanks to a friendly Samaritan. Despite their courtesy, there was still a problem. The lane we were pulling into didn’t have enough space for our car. As a result, I sort of had to pull through and onto the shoulder, so I wasn’t blocking the car that let me through.

A few moments went by before I was able to really straighten out and continue down the road. As cars in front of us started to pull forward, I begin to straighten out. It was at that moment the car behind me decided to pull out and cut me off. To be quite honest, I’ve never experienced anything that ridiculous.

Bad Drivers Around the World

As mentioned previously, I plan to catch a lot of heat for this article because everyone thinks their city has the worst drivers. As someone who has lived in cities like Atlanta and Manchester, I’d like to state the case for Columbus, Ohio.

If you’re from around here, let me know if you agree or disagree. As for everyone else, feel free to share your stories. I love talking about bad driving!