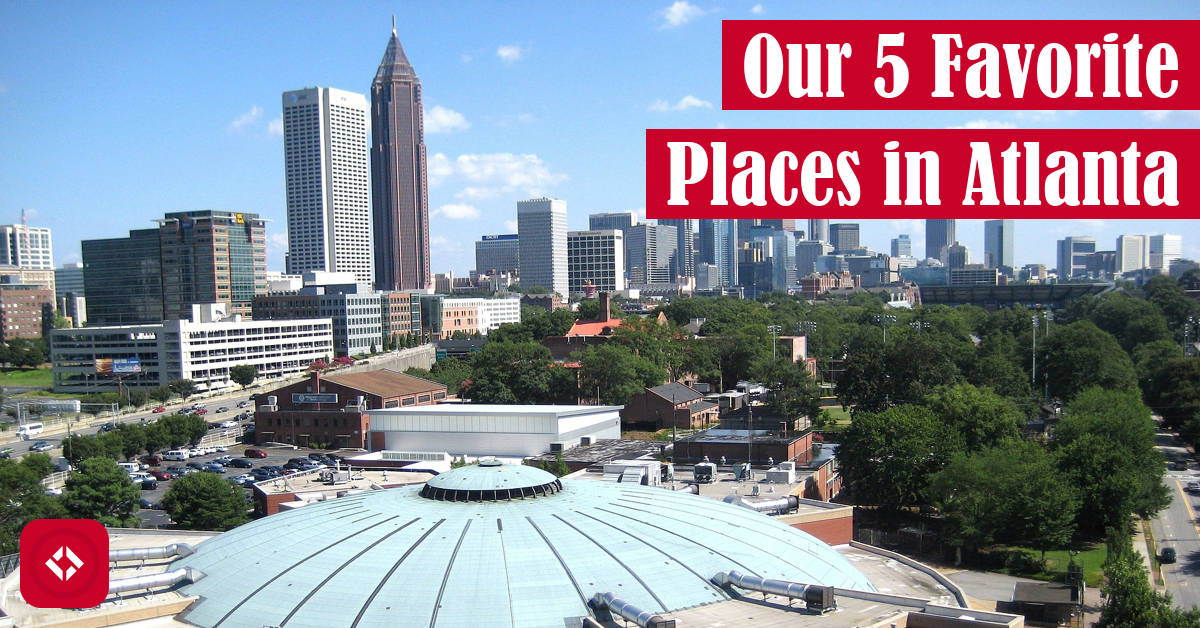 Since moving away from Atlanta, I thought it might be a good idea to document some of the things my wife and I loved about living there. As a result, I’ve decided to kick off a series called Renegade Travel Tips where I’ll cover some of our favorite experiences around the world. Up first is our 5 favorite places in Atlanta, Georgia.

Typically, when you find a “must-do” or “best” list for Atlanta, you’ll find a lot of tourist traps. For instance, I think it’s common to see things like the Georgia Aquarium and Varsity on those types of lists. While you shouldn’t avoid these places, they don’t exactly capture what means to be in Atlanta. That’s why in this list you’ll find a few experiences off the beaten path.

By far the best place my wife and I visited in Atlanta was the Buford Highway Farmers Market. If there is anything you do on this list, make sure it’s this.

Basically, the Buford Highway Farmers Market is a giant grocery store. Of course, what makes the store interesting is its selection. Let’s take a tour!

When you walk in, you’re greeted by probably one of the largest produce sections you’ll ever see in any store. That’s because it contains produce from all around the world. Need a durian? They have them. Want some aloe vera? They have that as well.

As you round the corner, you’ll see several things: a bakery, a butcher, and a fish market. Each of these likely providing something you’ve never seen before.

The remainder of the Buford Highway Farmers Market is organized in aisles like a typical grocery store. Of course, the difference is the selection. For instance, one of our favorite sections of the store is entirely dedicated to Asian foods:

Another one of our favorites is the Eastern European candy aisle:

Of course, no grocery store of this magnitude is complete without a cafe. As you can probably imagine, we love the cafe. Not only is there a ton of food choices from around the world, but it’s also extremely affordable. A meal for two will probably run you less than $15.

Our personal favorites from the cafe were the Tacos al Pastor and the Jamaican Patties. In addition, we loved the Russian dumplings, the Tikka Masala, and the Samosas. You really can’t go wrong with any of the food though!

Up next, we recommend the Beltline. If you’re unfamiliar with the Beltline, basically it’s a trail circling downtown that people generally walk or bike for exercise.

Now, I believe the Beltline is a work in progress

. However, it’s still worth exploring. The portion we’re most familiar with is alongside the Ponce City Market, a typical Atlanta must-do:

If you hop on the beltline from Ponce City Market, you can walk in two different directions:

In one direction (to the right in the photo above), you’ll hit midtown. On the other, who knows? We never walked far enough to see. That said, there are plenty of stops along the way that include good food and shelter.

Also, Atlanta appears to be focused on setting up a ton of housing along the beltline, so get in there while you can. I can’t imagine it’ll be too long before the beltline looks like Charlotte’s South End. In other words, get ready for craft breweries and millennial dog families.

If you love Hispanic culture, you’re going to want to explore Plaza Fiesta

. Basically, Plaza Fiesta is a Latin shopping mall with an authentic food court. If you’re nostalgic for Mexico, this is the place to be.

While I’m probably not qualified to say this, Plaza Fiesta is about as authentic as you’ll get in the states in terms of Hispanic culture and food. Over the course of the year, I only visited once, but my wife has been several times. As expected, we like to visit for the tacos:

As a word of caution, you may want to brush up on your Spanish. This place is the real deal!

If you love Asian culture, you’ll absolutely love the Asian Square on Buford Highway. Here’s just a sample of what the square has to offer:

Of course, we’re partial to BBQ Corner 2 and Sweet Hut. If you’re up for it, grab some Peking Duck and some steamed buns from BBQ Corner 2:

In addition to these places, there’s a rather authentic Asian market in the center of the plaza. There you’ll be able to find the ingredients for your favorite Asian dishes.

While not exactly unique to Atlanta, you should definitely try to find a food truck event while you’re around. In the year we spent in Atlanta, we hit up a few food truck events, and we were never disappointed.

near Ponce City Market. At that event, we tried out several tacos including some Asian fusion tacos:

Even if you don’t care for tacos, at least the location is beautiful:

. When we went, there was this awesome German food truck where we were able to get Schnitzel Burgers and Currywurst.

Of course, not everything made our top 5 favorite places in Atlanta. Here are some of our other favorites:

All in all, we really enjoyed our year in Atlanta, and we plan to visit again sometime soon.