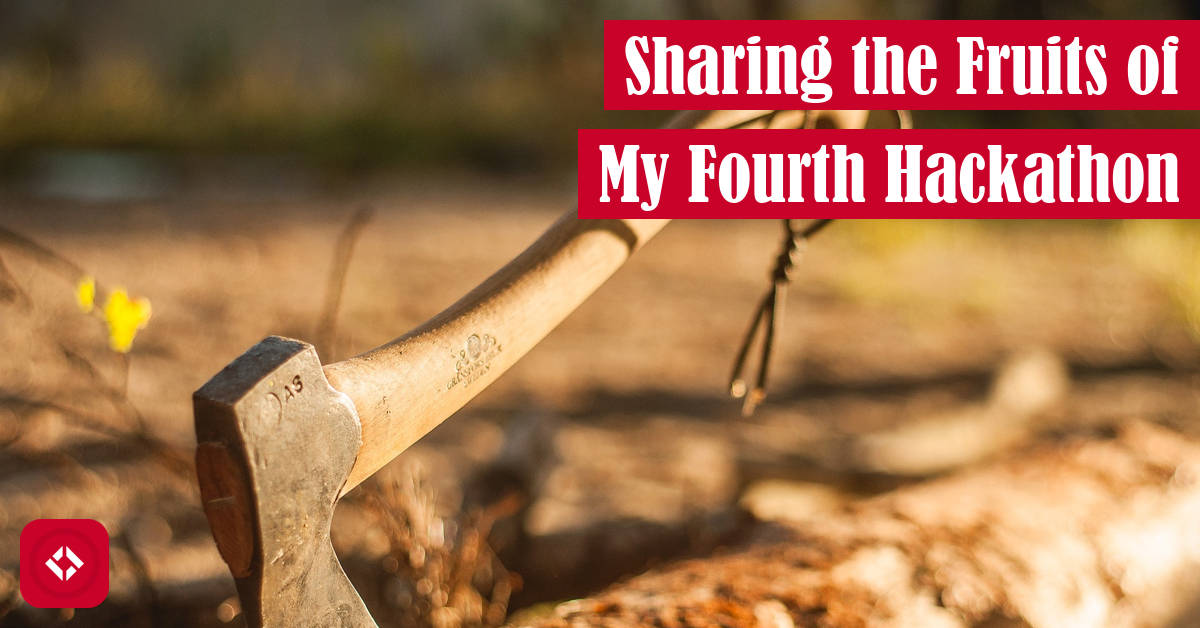 Since I started grad school in 2018, I’ve been to at least one hackathon a year, even through the pandemic where hackathons were happening online. This year, however, we were back in person, and I wanted to take some time to share how it went.

As mentioned in the introduction, I’ve been to four hackathons over the span of my four years in grad school. Prior to grad school, I had never been to a hackathon, and I didn’t really know what to expect.

Since then, I’ve been with four different teams filled with different types of students. For instance, my first team was composed of graduate students. During my second year, I decided to group up with some freshman. While we didn’t really get much done in either year, I had quite a bit more fun the second time.

By my third year, COVID was in full swing and conferences and hackathons were all virtual. At that point, I teamed up with a previous student who was nearing the end of their degree. In general, I had a lot of fun, but I was starting to come to terms with the drawbacks of the traditional hackathon.

These days, I still very much enjoy hackathons, if for no other reason than the food and camaraderie. As a result, I threw my hat in for yet another round of hacking. Let’s talk about how it went!

At this point, I’ve probably rambled about the logistics on more than one occasion. That said, for the sake of context, let’s talk about what this particular hackathon was all about.

First, to compete in the hackathon, you have to form teams of 2-4. From there, it’s pretty much up to you what you want to spend the 24 hours on. Usually, teams will pick one of the sponsor challenges. For example, this year we picked a prescription drug challenge. Basically, they wanted a dashboard for viewing which doctors were prescribing which drugs.

Over the course of the 24 hours, there are tons of things you can do. Most folks hack for the majority of the time, but there are also meals provided and opportunities to network with companies. As someone going into academia, there’s not a ton for me to do beyond hack, so that’s what I did!

Beyond that, there’s not much else to say. You and your team get to decided how you spend the time. Then the next day, you present your work and hope to be one of the lucky winners.

For context, this time around I grouped up with folks in engineering education. In particular, I managed to get together with three folks in my degree program. Not everyone was super strong at coding, but I actually found that to be a plus. Two of us were able to pair program while the other two were able to brainstorm ideas.

Now, I mentioned that we worked on a prescription drug dashboard. As a lefty, I’m generally morally opposed to drug companies, but I was able to push past that to have a bit of fun developing data visualizations. Also, the prize for having the best dashboard was a Nintendo Switch, so it was pretty hard to say no.

At this point, I should mention that we didn’t win. That said, I was really quite pleased with this round of hackathon. For one, I learned a new Python tool that I might start writing about: Plotly. In particular, I learned how to deploy the plots on the web, which is really exciting for real dashboards. It already has me thinking about the various ways I could start visualizing the Sample Programs data.

Also, this was the first time that I wasn’t just staring at code. For once, we picked a tool that I could figure out quickly. As a result, we had a lot more progress than in years past. For instance, check out the final dashboard:

Here, we were able to plot prescriptions on a per state basis. In addition, we plotted the four types of drugs over six months and ranked the prescribers. For 24 hours, this isn’t bad! If you’re interested in seeing the code, here’s the repo.

Thoughts for the Future

As I’ve said before, while these hackathons are great for learning something new, they always seem to leave a bad taste in my mouth. Generally, I wouldn’t consider myself a competitive person. As a result, the competitive environment does seem to strip a lot of the value of the event. That said, I’m definitely going to keep going as long as I’m a student. If some day I have enough resources, I’ll start my own hackathon with a focus on collaboration.

In the meantime, I recommend checking out some of my other articles:

Otherwise, take care! Thanks for sticking around.