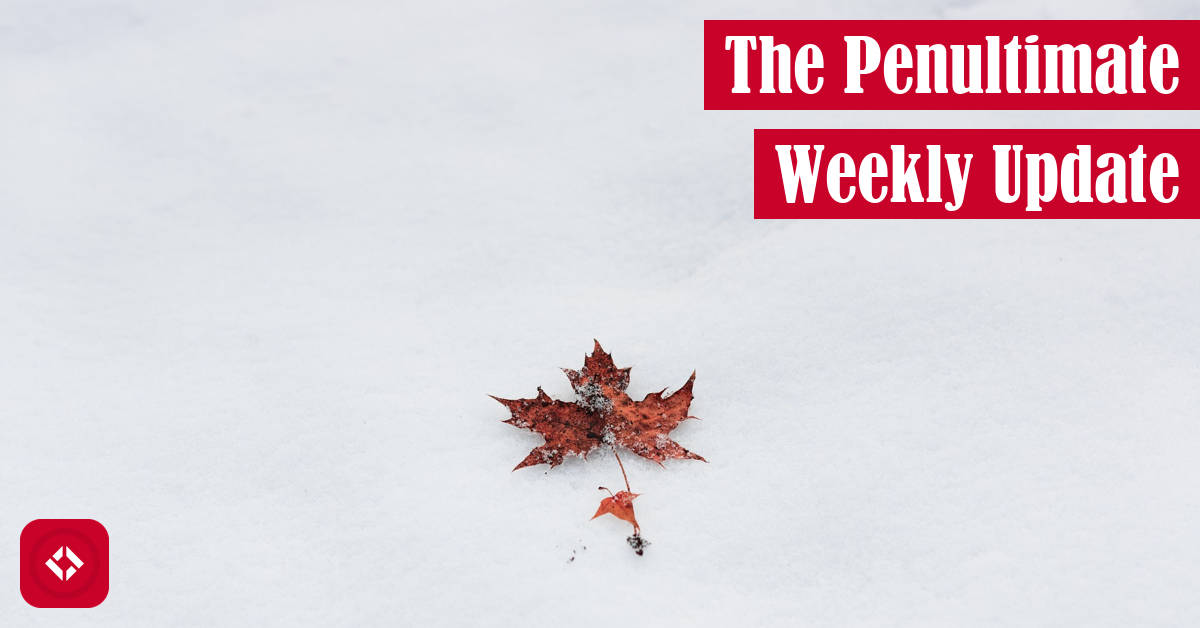 Welcome to my penultimate weekly update. After next week, I’ll be shifting over to monthly updates, and I’m hyped about it.

Also, today is my sister’s 22nd birthday! So, if you see her around, give her a big hug for me. 🙂

Have any of you ever had to spend time in your local courthouse for anything? Until this year, I hadn’t, but now I’ve wasted time at two of them.

The first time was for my marriage license, and that was pretty painless. After all, we already completed the paperwork, we just had to show up. Though, that’s a lot easier said than done for Pittsburgh.

The second time was in an Atlanta courthouse, and that was an enormous waste of time, energy, and money. After about two hours of running around, I started to wonder when I was going to get a quest reward. The experience was not enough.

All jokes aside, getting your name changed is the most antiquated system of all time. The process seems simple enough, albeit ridiculous:

What they don’t tell you is that step 1 is actually 100 steps. When we showed up, we were asked to get a money order to pay for the newspaper. That alone was $60 each.

Then, we came back through security to find out we didn’t have all the paperwork done, so we had to pay $5 to print the paperwork. Of course, they sent us to a library on another floor just to complete that paperwork.

When we finished the paperwork, we had to get it notarized. After that, we had to take the paperwork and get it scanned. Finally, the only thing left was to pay the damn court costs which were $214 a piece. RIP my wallet.

In case anyone wanted to know the name change process, it’s bullshit.

Over the last week, I’ve found value in a lot of things, so get ready.

My favorite band of all time released another album: Sister Cities.

I’m pretty sure I shared this video a few weeks ago, but the complete album is out now. And, it’s hype. I love it.

Actually, critics haven’t brought me any value. That said, I will say that their existence has allowed me to stumble upon a couple of articles that have added quite a bit of value to my life.

is by April Wensel, the author of Compassionate Coder. If I had to summarize the piece, basically it’s about condescending experts. In particular, I found the following passage the most helpful this week:

When you gain any sort of technical skill, you come to possess specialized knowledge that others around you may lack. Unfortunately, learning a technical skill doesn’t necessarily come pre-packaged with the ability to communicate effectively with those who lack this skill. A common result? In discussions with others, your inability to empathize with those who don’t share your understanding can make you seem like a condescending jerk.

As for the second article

, it’s a little gem from The Minimalists about critics. I’ve probably shared it a couple times as well, but I love that article. It’s really helped this week when dealing with people like the following:

This is a screenshot from I comment I got on Google+ from my latest Hello World in Every Language article. Not only is this guy a jerk, but he’s also a narcissist and a straight up idea. After all, he clearly never even read the article.

Fortunately, I have quotes like below from The Minimalists to keep my sanity:

Dear critics: As fellow human beings, we love you, even amid your suffering. But you can take your criticism

and shove it up your ass.

Besides this quote, I got a great name for these kind of critics from The Minimalists. They’re called seagulls because they swoop in, shit on your work, and leave. In other words, they add nothing of value.

As expected, this Friday I’ll be releasing the 3rd chapter of the A String of Unfavorable Roles series. As a bit of a teaser, I’ll let you know that the article is about bureaucracy, so it should be a fun one!

Other than that, I’ll still be chugging away at the Hello World in Every Language series. This week I’ll be taking on my first user-requested language, Pascal, so get excited. If you want featured in an article, make sure to add a comment to one of my Hello World articles.

Also, just so everyone knows, playoff hockey is kicking off. That means I’ll probably lose a little focus over the next few months. No worries though! I’ll always be back.

Until next time, fam!