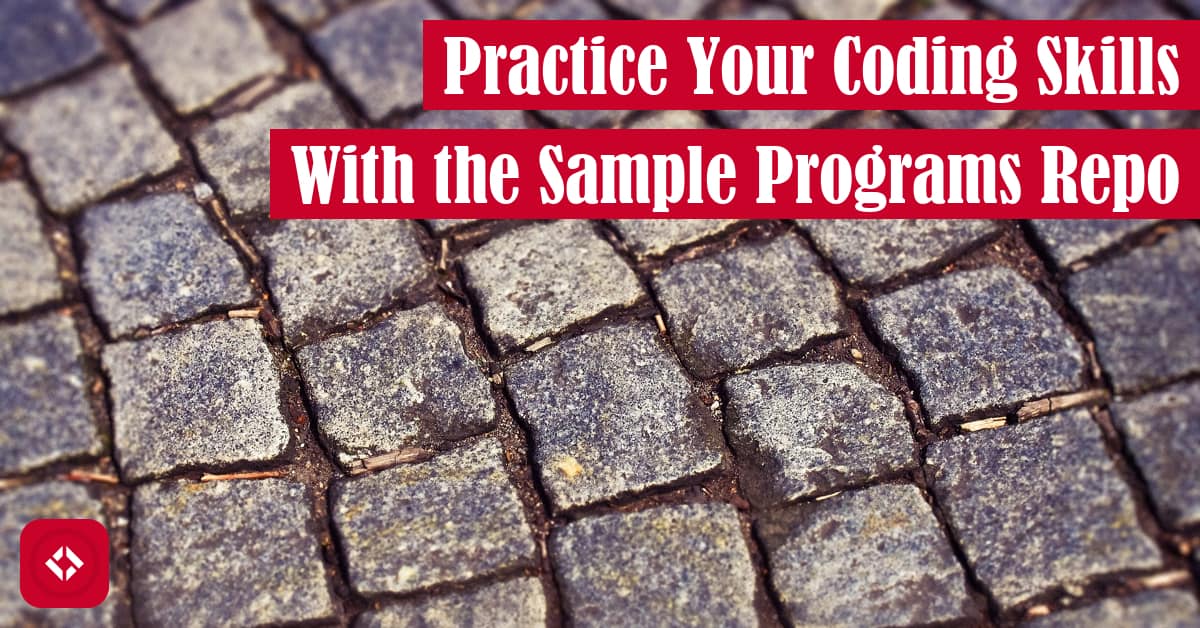 What Is the Sample Programs Template?

At some point over the last couple months, I noticed that GitHub had a template repo feature

. The idea being that a user could create their own repository from the structure of an existing repository. Previously, this could really only be done through forking which creates a link with the original repo. In fact, the Sample Programs repo was originally a fork of the 100 Days of Code repo. Now with the template feature, a new repo can be created from an existing one by hitting a button.

Which Languages Are Supported by the Sample Programs Template?

As the Sample Programs repo has grown, changes become harder to make. For example, if we want to add testing for a particular programming language, we have to ensure all existing files pass testing. This process becomes extremely time consuming as there are nearly 200 programming languages to bring up to speed.

This allows us to ensure that any languages included in the template receive proper support such as automated testing. Unfortunately, this means the template is restricted to mainstream languages, but those tend to be the only languages that we receive submissions for anyway. As a result, here’s the official language list at the time of writing:

Naturally, more languages will be added as official images are created.

What Features Are Supported by the Sample Programs Template?

As mentioned previously, the sample programs template isn’t just a place to store code. It’s an entire environment fitted with continuous integration. As a result, as you include code snippets, you’ll see them get tested and approved. This allows you to show off any code you write in a portfolio with proof that the code really works.

Outside of automated testing, the Sample Programs template also provides automated README generation. At the moment, the READMEs are exactly the same as the READMEs generated for the Sample Programs repo, so links will point back there. That said, we think this benefits the core repo as folks look to expand our documentation for their own portfolios and the greater community.

Otherwise, that’s basically it! The purpose of this template is to give you chance to write your own solutions to all of the coding problems detailed here

Why Take Advantage of the Sample Programs Template?

The way I see it, the Sample Programs Template is an opportunity for new developers to show off their stuff. In other words, it’s a living portfolio. Each problem can be solved in a variety of ways which allows you to show your creativity.

If you’re not quite ready to put together a portfolio, the Sample Programs template might just serve as an excellent learning tool. With each solution you write, you can watch as the your knowledge of programming expands.

Another reason you might jump on the template is to take advantage of the low stress environment to get involved in open source code. If you manage to get a solution working in the template that isn’t in the Sample Programs collection, the template should give you confidence to share it with us!

Hell, even if you’re not looking for a job, but you like coding as a hobby: this might be for you. I originally created the Sample Programs repo as a way to explore different programming languages. Maybe that’s an interest you share, so why not take advantage of the template and dabble in a new language or two?

With all that said, that’s all I have to share! If you’re interested in supporting any of these projects, head over to my list of ways to grow the site. Otherwise, take care!

Continue Reading
link to Celebrating 500 Articles on The Renegade Coder

Today, I'm publishing my 500th article right around the 5th anniversary of the site. Why not take a moment to celebrate with me?