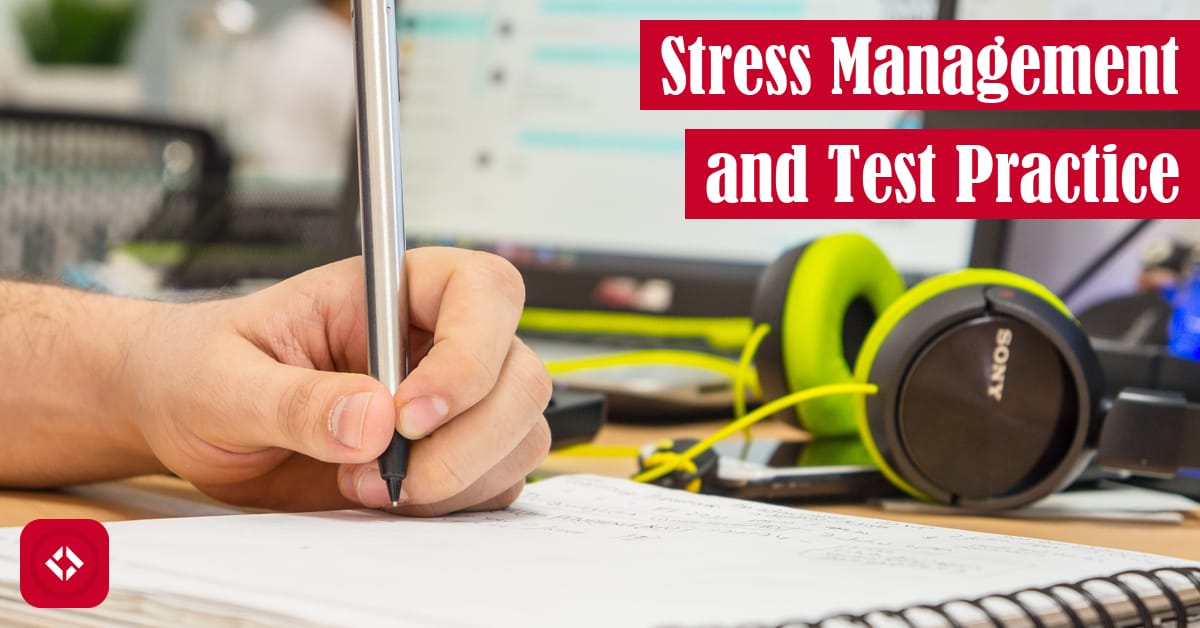 Long time no see! Actually, it hasn’t been that long, but it sure feels like it. It’s crazy how little traffic this site gets when I’m not actively promoting it. I hope that changes soon, but it looks like I’ll need to apply a bit more elbow grease for awhile. That said, not much is new this week. I’m just practicing stress management as I try to settle into Atlanta.

At long last, I can finally write with some semblance of excitement because I’ve completed my move to Atlanta. That move has forced me to really get a grid on stress management. The last month has been one of the most stressful periods of my life. Things just kept coming up and everything was going from bad to worse. I’m not certain the struggles have really stopped, but at least we’re down here now.

That said, last Saturday was a pretty exciting day for me. I took the GRE! I didn’t really want to tell anyone because I was worried I was going to do poorly on it, but I ended up scoring right where I wanted. Now I can start to relax a bit more since I won’t need to be studying furiously every night. Maybe I’ll get to diamond in Overwatch… Wishful thinking anyway.

I was pretty worried I was going to need to do the move alone, but luckily Robert came out to help. Then suddenly two more friends appeared to triple the help. We still ended up staying out until around one, but I may never have moved out without them. Thanks guys!

Of course, Sunday I spent most of the day driving. Nothing really exciting happened, but I did have to worry about my cats a bit. It got pretty hot, and my Jeep doesn’t have air conditioning. Fortunately, they’re tough little cats! They didn’t mind one bit.

So now I’m in Atlanta. I just had my first day of work in the new office, and I’ve already managed to steal someone’s desk and mess up the whole parking situation. All that aside, I’m a huge fan. The city is just so big and diverse, and I happen to be sitting in a skyscraper-style office. It’s kind of surreal actually. I haven’t really interacted with anyone at the office, but I’m looking forward to the new atmosphere.

Now that you know I took the GRE, I can tell you that I did quite a bit of studying. Don’t tell my friends though. They’ll think I’m dumb. I actually struggled quite a bit in preparation. It seems my personality is sort of just incompatible with that kind of test. I tend to be forgetful and shortsighted, so questions that try to trick you into other answers are actually pretty tough. That’s really all the GRE is after all – how well can you read questions?

Fortunately, I had a nice study plan in place. I was aggressively using Magoosh

and their various apps to practice my vocab and brush up on triangle properties. I think I probably did close to 50 practice problems a night. That number rose quite a bit as I got closer to the test, but now it’s over!

It’s like the same feeling I had once A Course was over. I can breathe and do whatever I want with my free time! The sad part is B Course starts up in just over a month. I can’t say I’m super ecstatic about that. Especially since work has been ramping up quite a bit, and I’d have to work on teams remotely. Oh well, the grind never stops.

Song of the Week

This week, Modern Baseball is making their first appearance on The Renegade Coder. I got interested in MoBo early in college. I’m not sure how it all happened, but my interest for them came right around the same time as The Wonder Years and Real Friends. It wasn’t too long after that that I found myself in England watching them all live. I still have a pretty sick Real Friends t-shirt from that gig.

Since then, I’ve probably seen Modern Baseball 3 or 4 times. I think the list looks something like Liverpool, Grog Shop, Warped Tour. There’s probably another time or two, but you get the idea. I love this band. I probably spent a quarter of my drive just listening to these guys, so obviously I’d recommend them.

This classic comes off their 2014 record You’re Gonna Miss It All. They released this record about three months before I saw them in Liverpool, so that was a pretty sick deal.

Just a few plugin changes like usual. Also, I may have started inserting Amazon affiliate links on the site. Don’t tell anyone!

Actually, I’m doing that on purpose. I originally didn’t like the idea, but I figured it was decent advice on Side Hustle School. And hell, I can post one link a week with each Song of the Week. Maybe I can get some of you to purchase music from some of my favorite bands. I’d love to see them getting some extra support too.

Coming Soon to the Renegade Coder

I’m back in the saddle, fam! First goal is to get a product in the store. I’m going to go ahead and set a personal goal of this weekend for that. Hopefully by this time next week, I’ll have my first sale. Or even better! I get my first donation on . Whichever comes first!