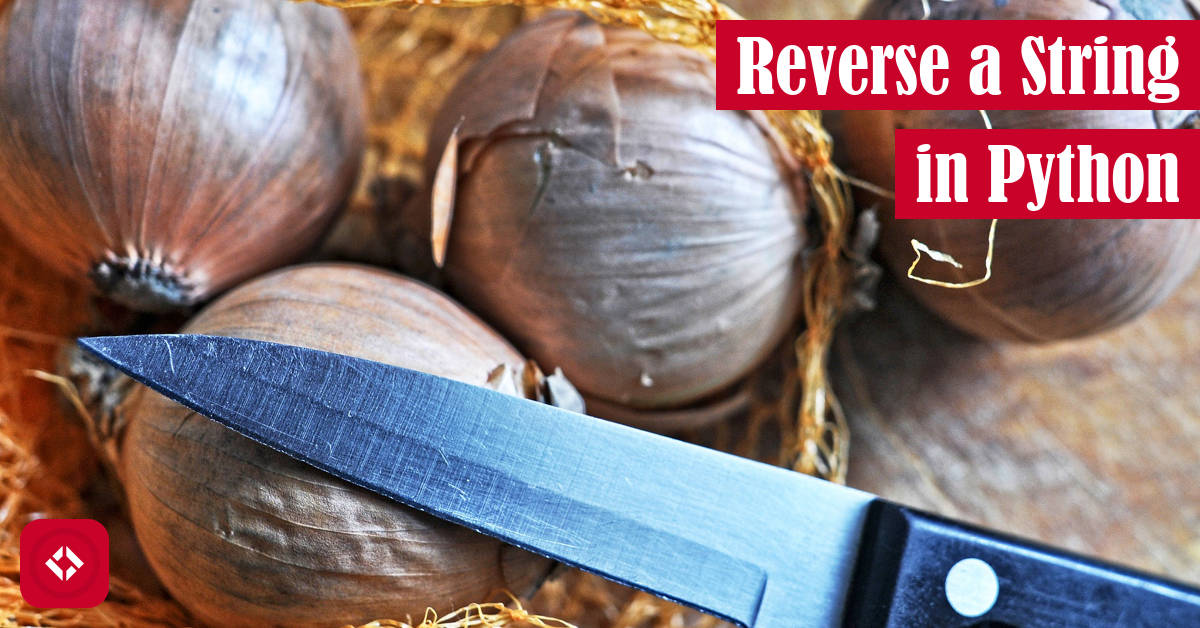 Welcome to the first installment of Reverse a String in Every Language! In this series, we’ll be implementing string reversal in as many languages as possible. Up first, we reverse a string in Python.

If you don’t know anything about Python, I recommend checking out Hello World in Python. At any rate, let’s dive in!

1 Reverse a String in Python
1.1 The Python sys Library
1.2 The Conditional
1.3 The Slice & Print
2 How to Run the Solution
3 Sample Programs in Every Language

Reverse a String in Python

Let’s start by looking at the complete algorithm to reverse a string in Python:

As we can see, we can write a script to reverse a string in about three lines of code. In the following sections, we’ll take a look at a breakdown of each of these lines.

In the first line of code, we’ll notice that we’re importing the built-in sys library:

If you’re unfamiliar with this library, basically it contains functions for interacting directly with the interpreter during runtime.

After we’ve imported our sys library, this script runs a bit of a sanity check:

If we recall from the previous section, we found out that sys gives us access to the command line. We can get the array of command line arguments using argv. According to Python documentation

With that in mind, it’s clear that we’re just verifying its length. But, why aren’t we just checking to see if the list is empty? That would probably be more efficient and more explicit. Well, as it turns out, the interpreter stores the script name as the first argument, so argv will always contain at least one element.

If we put all that information together, we’ll notice that we only branch if the list of command line arguments contains more than one item. If it does, we know the user has passed us some string.

Our last line is a bit terse, but we can handle it:

The first thing to note is the print statement. We’ll probably remember that from our Hello World experience, so no need to dig into that much deeper.

After that, we’ll notice another piece of interesting syntax: [::-1]. It looks sort of like list access, but it has colons and a negative value. As it turns out, that syntax is called a slice. Typically, slices are used to get a subset of an iterable

. For instance, if I wanted the first four characters of a string, I could do the following:

Okay, maybe that’s not a family friendly example, but you get the idea.

Now, with a single colon, we can slice between any two indices. With a second colon, we can declare the step. For example, maybe we want every other character in a string:

As an added wrinkle, we can step backwards through the string using a negative value. That’s exactly how we reverse the string in our example.

So, let’s put it all together. We get our string off the command line, take a slice of it backwards, and print the result. How cool is that?

To run the Reverse a String in Python program, grab a copy of the Python file from GitHub

. After that, get the latest version of Python

. Now, all you have to do is run the following from the command line:

Alternatively, you can always copy the source code into an online Python interpreter

. Just make sure you pass some input to your script before you run it.

And, there you have it! We’ve successfully written a program to reverse a string in Python.

If you liked this article, don’t forget to give it a share. Also, remember that you can contribute to this series by dropping your suggestions in the comments or forking the GitHub repository (see below).