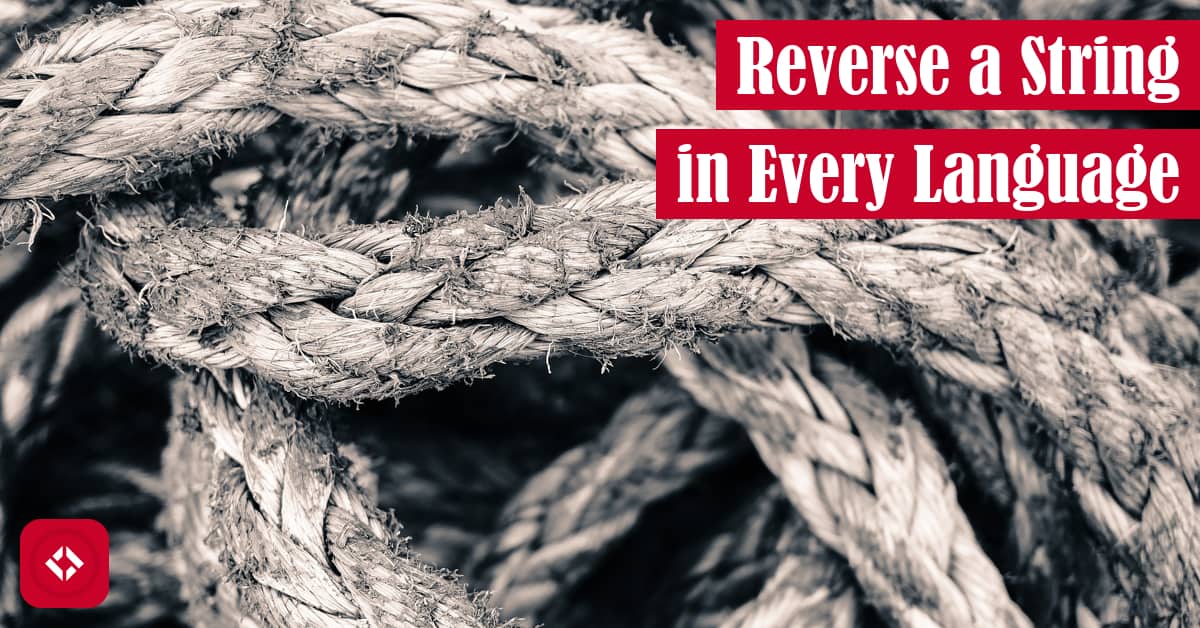 Welcome to Reverse a String in Every Language: a series of articles demonstrating string reversal in as many languages as possible.

What is Reverse a String?

In code, string reversal is the process of flipping the characters in a string such that the resulting string contains all the original characters but in reverse order. For example, let’s say we have some string:

If we reverse this string, we end up with the following string:

As we can see, we’ve generated a new string with each character in the reverse order.

Often times, the solution for this kind of problem is to grab the character array and produce a new string by reading the original string in reverse. In some cases, it’s even possible to reverse that array in place.

I’m sure you’ll find many different implementations throughout this collection. Personally, I’m fond of python which uses a slice

If you’re interested in trying this in your favorite language, why not check out the documentation

for our specific set of rules? Once you’re ready, fork the repo and make a pull request with your changes.

Why Reverse a String in Every Language?

When I started building up the sample programs repository

, I only had one code snippet for each language: Hello World. While Hello World is a fun program, it doesn’t do a great job of showing off language features. As a result, I decided to expand the repository to support other kinds of programs.

Of course, there are a couple archives that already exist for more advanced snippets:

In fact, I’m probably wasting my time as Rosetta Code

already hosts the largest database of coding snippets I’ve ever seen. That said, I’m not here to compete, I’m here to learn.

Regardless, where else are you going to find a place to read my ramblings about every language?

As with the Hello World series, I don’t release articles in any sort of order. To help provide some sort of easy to use archive, I’ve decided to list all of the Reverse a String implementations here in alphabetical order:

Once again, thank you for your support. If there’s a language you’d like to see in this series, drop it down below in the comments. Also, don’t forget to share this article with your friends. It helps the series grow!