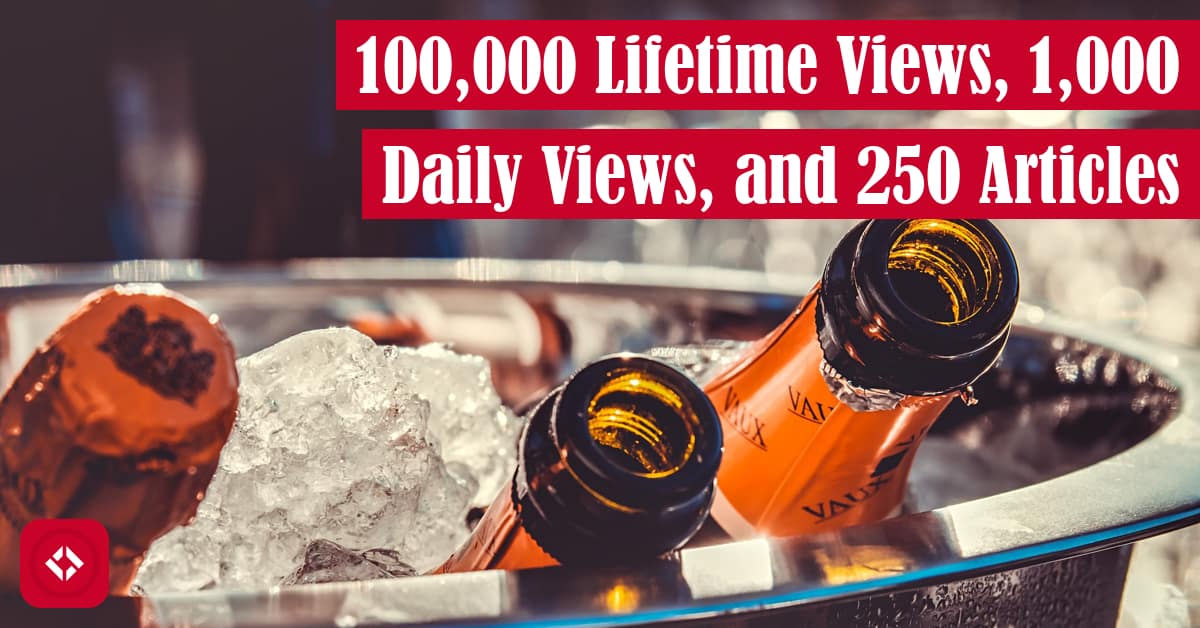 March 2019 marked several major milestones in the history of The Renegade Coder. In a single month, I somehow managed to hit 100,000 lifetime views, cracked 1,000 daily views, and published 250 articles.

A Month of Milestones

March was a wild month for me. Beyond struggling through coursework, enjoying my first wedding anniversary, and watching lots of hockey, I managed to squeeze in several major milestones for The Renegade Coder.

Perhaps the biggest achievement of the last month was hitting 100,000 lifetime views. To me, that’s just incredible. In case you’re wondering, here’s the top five posts over that span:

As you can see, I have a post that overwhelmingly contributes to most of my traffic, so I’m hoping that changes in the future. For now, I’ll enjoy the ride while it lasts!

Daily views are something that ebb and flow for me quite a bit. In general, I get about 4 times the traffic on weekdays as I get on weekends, and the traffic can vary a lot. For example, it’s not unusual for me to get between 150 and 400 views on a Saturday. Meanwhile, I might get between 500 and 1000 views on a Tuesday, so it just depends.

If you read my 2018 review, then you know that a lot of those views come from my Python articles. In particular, my biggest driver of traffic by far is How to Check if a File Exists in Python, and it’s not even close.

Well, on March 12th, I crossed over the 1,000 daily view threshold to max out at 1,112 views. On that day, 591 views went just to the article I mentioned before. From there, the breakdown was:

From there, I had about 40 other articles with just a handful of views.

Since then, the site has been hovering right around 1,000 views a day, so at least the growth is sticking. Here’s to hoping I can crack the next milestone soon!

On my first wedding anniversary (March 18th), I published my 250th article over the span of about two years. Interestingly enough, the 250th article is also one of my favorite articles ever. It’s called Rock Paper Scissors Using Modular Arithmetic, and you should check it out.

Since we’re on the topic of favorites, here’s my top five at the moment (in no particular order):

Do you have any favorite articles? Let me know!

Of course, I can’t sit around and enjoy my own success. I have a desire to keep pushing toward the next major milestone. Maybe you’ll see another one of these articles when I double everything. Until then, thanks for the support!