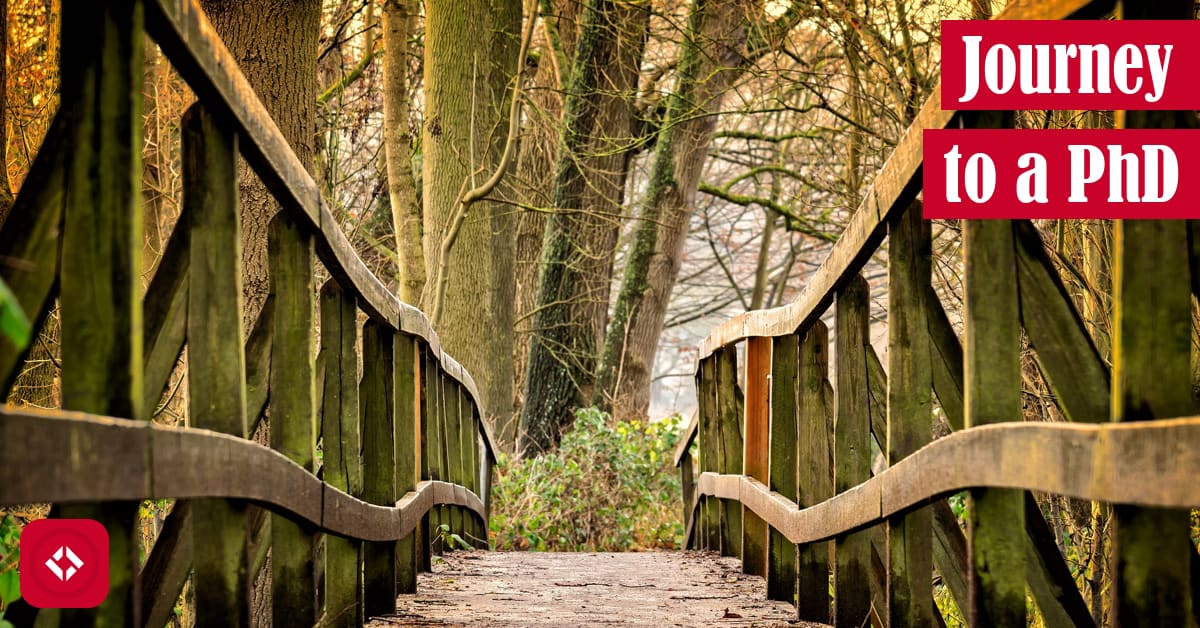 Welcome to the beginning of a brand new series called Journey to a PhD! If you haven’t heard yet, I’m about to begin pursuing a PhD in Computer Science. As a result, I’ve become interested in documenting that journey. That’s where this series comes in. To kick everything off, let’s talk about grad school applications and my journey so far.

A while back, you may recall that I wrote an article complaining about grad school applications. Since then, I’ve received almost all the responses, and I’ve even made my official decision. But before I get into all that, I want to share my application information. I figure it’ll be helpful since I’m not exactly the perfect applicant.

To kick everything off, let’s talk a little bit about test scores. When I decided to apply for grad school, I believe it was May 2017. At that point, I didn’t really know a whole lot about grad schools or their applications. So, I had to do my research.

Of course, the first thing I found out was that I would have to take the GRE—yet another standardized test. Shortly after that, I scheduled my first attempt at the end of July, and I began studying using Magoosh

. After about a month of studying and some struggles along the way, I took the exam.

Upon completion, I received the following score:

So, I scored well, but not amazing. That said, I was so happy with these scores that I didn’t take the exam a second time. Instead, I just started applying to schools.

As a part of any grad school application, you have to be clear in your research interests. Seeing as I’ve never done any research, I’m sure my application was one for the ages.

If you know me, you know I have a lot of interests. However, my primary interests are music, education, and gaming. If I could find a way to combine all of those in some way, I’d probably be pretty happy. The problem was I’d have to convince someone reading my application that these interests would somehow align well with theirs.

That said, I wasn’t really sure what to pitch, so I actually pitched two research projects: one safe and one a little insane. The safe pitch went sort of like this:

Since I’ve been in the industry, I’ve been able to take the opportunity to observe teams and the way they use the various software tools to engineer the future. As a result, I’ve become quite interested in determining ways to make teams more productive. For example, one of the topics I’d love to explore is code readability and how it effects the speed at which new team members are able to start making meaningful contributions.

I am interested in doing research in the gamification of music education. For example, I would like to develop a video game which can help teach the basics of a musical instrument. This game may leverage tools like augmented reality for the purposes of overlaying information onto the instrument. In addition, the game may look at other aspects of learning like motivation through achievements and social activities.

Can you spot the difference? One is sort of scholarly while the other sounds kind of like a startup pitch (read: risky).

As with any application, you have to share your experience. The following list encompasses most of my experience:

In addition, it doesn’t hurt to mention awards and honors as well as extracurricular activities like community service. Every little bit helps to set you apart from your competition.

My intent here is to showcase the variety of experiences I’ve had, and how I used them to state my case for admittance. In other words, you can definitely leverage some of your own experiences as well.

I think one of things that helped me stand out as an applicant is my previous work experience. Often times, students already know they want to go to grad school, so they never really stop attending to get some experience in the industry. As a result, I like to think my couple of years as a software engineer were helpful.

In addition, I’m actually a first generation PhD student—at least as far as I know. I believe my mom has the highest level of education in my family which is a Masters that she earned while I was growing up. Almost everyone else in my family is some form of entrepreneur, so they never really had time for school.

All in all, it seems applying to grad school requires a little bit of luck. In my case, the school I ended up deciding on hadn’t even considered me until one professor stumbled upon my application and liked my music interests. So, you never really know how things are going to work out.

With all the applications out of the way, all I had to do was wait. Unfortunately, waiting is the worst part. After all, deadlines tend to be in early December, and universities rarely get back to applicants before February.

At any rate, now that you know my profile a bit, I wanted to share the results of all my efforts. Here’s a list of the schools I applied to, whether or not I got accepted, and how much I paid to submit each application:

While I was extremely fortunate to have 4 schools to choose from, the choice wasn’t exactly simple. In a weird way, I was kind of hoping the decision would be made for me. But, I’m sure most of you would prefer if I didn’t do any complaining.

When it came down to actually making a decision, I had a bit of a dilemma: OSU or CWRU.

To be honest, I wasn’t a huge fan of NCSU. They accepted me entirely too quickly, and I never even spoke to anyone at that school. To me, that screams desperation which is also why I never went to Penn State during my undergrad.

Meanwhile, ASU never really got back to me about my application until last week (May 22nd, 2018). Yet even when I visited, other students had already received their acceptances. Did they just forget about me? Who knows.

Also, I didn’t click well with the faculty. In fact, I had a rather awkward conversation with a professor who basically reamed me for not using machine learning at work. That said, I love Arizona. It’s a pretty place, and the climate is nice. Also, proximity to Mexico and California is a plus.

In the end, I had to choose between OSU or CWRU which was a major heartbreaker. On one hand, I had CWRU which was my undergrad, so obviously I have a lot of memories there. On the other hand, I had OSU which just felt right. The faculty were amazing, and a lot of their values aligned with mine. In addition, I’ve heard it’s not a good idea to do your PhD at the same place you do your undergrad.

Ultimately, I decided on The Ohio State University.

Journey to a PhD

By now, I’ve shared how I got to this point in my life. The rest of this series will detail the journey.

With that said, I don’t start school until August, but that doesn’t mean I won’t be preparing myself. In fact, the next couple articles in this series will dive a bit deeper into some of my research interests. I figure it’ll be to my benefit to hash some of that stuff out now, so I’m not panicking during the semester.

After that, I’ll probably just blog about my experiences. Some of those experiences may branch off into their own series. For instance, I’m interested in starting my own Today I Learned series which would cover topics I might learn in the classroom. Of course, it may make more sense to just casually chat about those topics here. I haven’t really decided yet.

If any of that sounds interesting, why not follow along on my journey to a phd? I’m sure there will be plenty to learn for all of us.