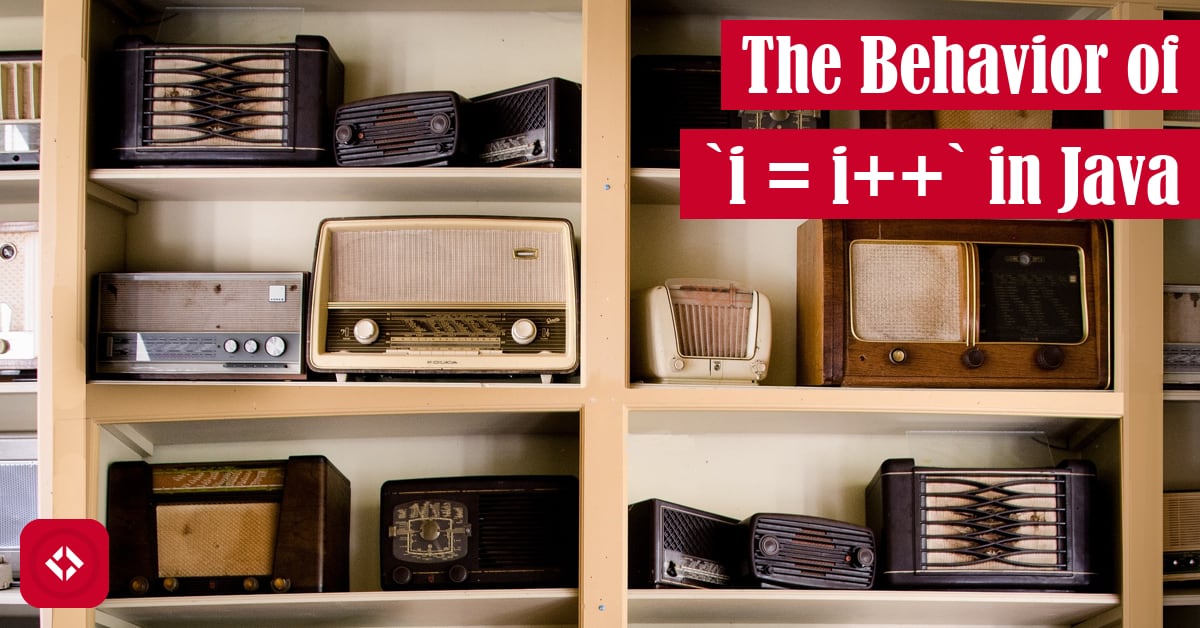 A little while back, I was running a Java lab, and one of my students had asked me why their code wasn’t working. As I glanced over their solution, I noticed a peculiar line that read: i = i++. Up until that point, I had never seen any code like it, and I certainly had never tried it. So, I did what any good teacher would do and took to Google to find out more.

As someone who has written a bit of Java learning material, I consider myself at the very least proficient in the language. However, as I continue to teach, I find that students always come up with creative ways to stretch the language.

In my recent attempt to teach loops, I stumbled up a student solution that had the following while loop syntax:

Perhaps this odd bit of code was my fault. After all, I often tell my students that there are many ways to solve a problem.

To aid in that message, I like to switch up my syntax every now and then. For instance, it’s not uncommon for me to share solutions to looping problems using a different loop syntax each time. Sometimes I’ll use a for loop while other times I’ll use a while loop. If I’m feeling good, I might even show off a for each loop. Every once in a while I’ll even throw in some recursion to shake things up, but you’ll never catch me dead using a do while loop.

At any rate, this mentality shows up when I increment variables as well. For example, I tend to teach i = i + 1 first because it trips students up who haven’t recognized that the equal sign is really the assignment operator. Of course, once I think they’ve grasped the concept, I usually resort to shorthand like i++ and i += 1.

Unfortunately, my push for self-expression can sometimes result in mangled syntax like:

Every time I see something like this I feel like I move one step closer to overcoming the curse of knowledge. Enter: i = i++.

As I mentioned already, there are a lot of ways to increment a variable in Java. The following list covers quite a few examples—albeit some are silly:

Despite all the options above, I’d never thought to try i = i++, yet it makes a lot of sense. After all, it looks like we increment the variable and store the result. To be honest, I was little perplexed when I saw it live in the lab.

As it turns out, i = i++ doesn’t work as expected, and it has to do with how the right side of the assignment statement is evaluated. Since i++ is a postfix operator, i is incremented but its old value is returned. As a result, i overwrites itself with the old value.

If the explanation above isn’t great, try taking a look at the following code snippet which replicates the behavior:

If we used the i = i++ syntax in a loop, we’d have an infinite loop on our hands with little at our disposal to diagnose the bug. Thankfully, I was there to at least recognize the issue. Whether or not I actually understood the bug was a separate problem, but I’m sure I saved that student a lot of time. Now, I hope to share my findings with others!

At this point in the series, I’m starting to notice a trend:

Whether its fighting with the Scanner API or discovering new ways to play Rock Paper Scissors, I’ve got to say that I’m having a lot of fun learning from my students. I absolutely cannot wait to become a professor.

In the meantime, I’ll continue to document all the fun I’m having while teaching. If you’re enjoying my work, consider subscribing

. If you’re already subscribed, you can help spread the word by sharing this article with people you know.

At any rate, thanks again for taking the time to support my work.