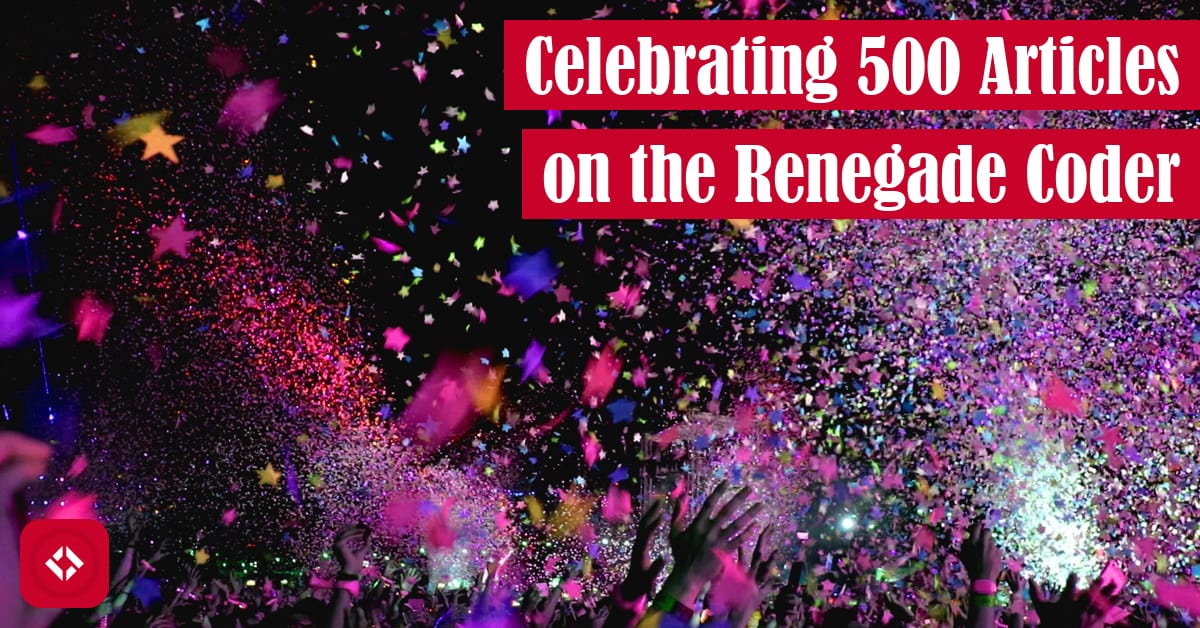 Earlier this week I celebrated my 5th year with this site. Now, just two days later, I’m sharing my 500th article. How cool is that?

I started writing back in 2017, and I haven’t looked back. In just 5 short years, I’ve written 500 articles (or at least the majority of those 500 articles). As a result, I thought it would be fun to breakdown exactly where all that work went.

To start, let’s take a look at the category breakdown. On my site, I have four categories: code, teach, meta, and blog. Obviously, I try to prioritize the code and teach categories, but I spend a ton of time writing about myself or projects I’m working on. At any rate, here’s the breakdown by category:

To be honest, I’m surprised by just how much I’ve written about code in the last 5 years. I suppose I can honestly call myself The Renegade Coder.

One thing that’s fun to look at is just how much I’ve written over the years. Here’s a breakdown since 2017 (and late 2016 from a different site):

I think it’s pretty cool to have amassed 500 articles within just 5 years of starting the site (anniversary 4/20).

As you know, I love a good series. That’s why I’ve made so many of them. Here’s the current breakdown of every series and its article count (sorted by age of series):

As you can see, I like to start series and never finish them. Luckily, my work is pretty low stakes, so I don’t have to worry about it.

One last thing I wanted to share before we go are my current statistics. Recently, Plausible added a feature which lets you import your Google Analytics stats, so I have every view accounted for here

Those are some pretty cool lifetime numbers. It won’t be too long before we hit 1,000,000! Until then, I’m going to keep putting in the work.

Plans for the Future

At the moment, I’m pretty burned out. That said, I’m happy to stick to my weekly articles. Maybe this summer, I’ll build up a proper backlog. Until then, this is a pretty cool achievement!

In the meantime, if you’re interested in supporting the site, feel free to check out my list of ways to grow the site. There, you’ll find links to things like my monthly newsletter. Otherwise, check out some of these related posts:

If not, no worries! I hope you’ll stick around for another 500. Take care!