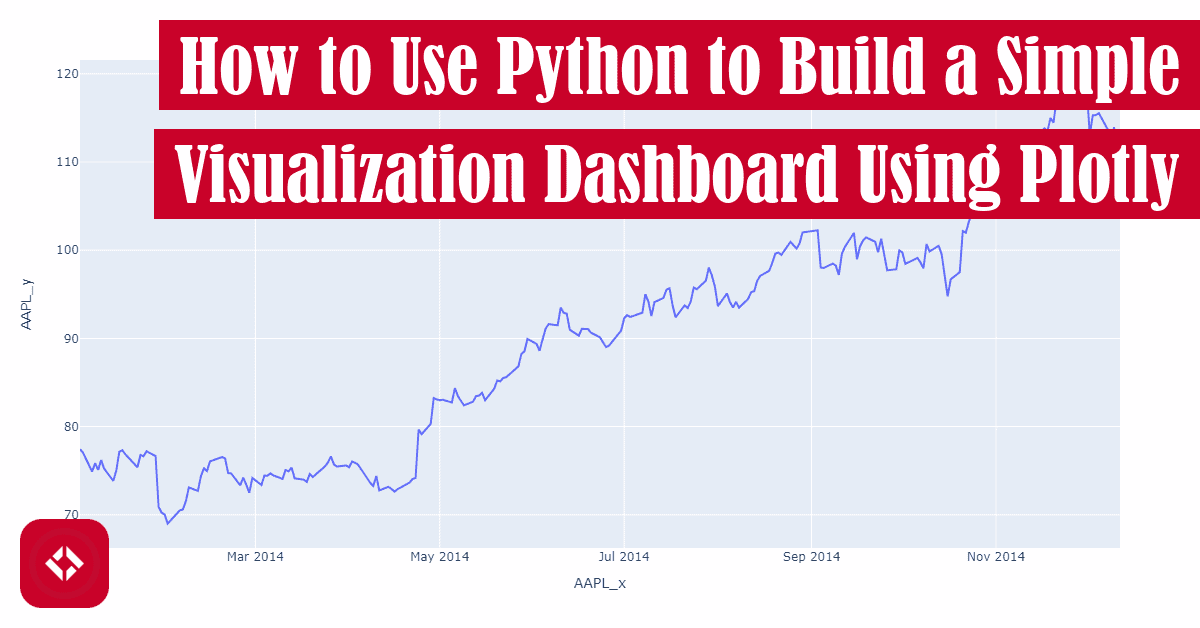 If you’ve tried playing with data visualization in Python, you’ve almost certainly experimented with Matplotlib and Pandas. That said, I’d argue there’s an even better alternative that has significantly more options and flexibility: Plotly. And, today I’m going to go over how to use Plotly to make a web-based data visualization dashboard in less than 20 lines of code.

To be able to use Python to create a simple visualization dashboard, you’re going to need a few things:

Plotly is a data visualization library which lets you create plots of various types. To install it, you can use pip like usual (assuming you already have Python installed):

Meanwhile, dash is a web application framework for building data visualization dashboards. You can install it just like above:

Chances are that dash will also install plotly, so you can start here if you like. In fact, the docs say you can skip directly to this step

With that said, you’re just about ready to go. However, there are definitely libraries that are nice to have for data management. For example, you might want to make use of pandas, which the docs say is required for some of the features of plotly. To install pandas, try the following:

And of course, because dependency management can be a pain, I’ve also made a requirements file that you may find handy as well. You can either download that file or copy the following text into a file called requirements.txt:

Then you can use this to install all of the required packages with the following command:

No matter what you do, make sure you get these three packages installed (i.e., dash, pandas, and plotly). In fact, it’s probably best to use a virtual environment, but that’s outside the scope of this tutorial.

Getting Started With the Web App

Now, once you have all the packages installed, you can create your first dash web app in a couple of lines of code. First, you’ll want to import the dash class and instantiate it:

From there, all you have to do is run the app:

Depending on your familiarity of Python, this code might not be obvious. That said, this is basically the way we handle the “main” method in Python. Regardless, these lines will boot up a server for the app, at which point you’ll see the following text on your screen:

If all is well, you can copy that URL into your browser. When I do that, I’m greeted with a wonderful set of errors:

Just know that this means the app is working! We’ll look at solving this error in the next section.

With dash, we can create an HTML layout just like we would using HTML. To do that, we’ll need to set the layout variable:

Again, when you run this code, you’ll get the same URL. Head to it and check out your changes. Now that we’ve setup the layout, we’ll see that there is nothing on the page. This is expected because we’ve only created an empty div. To make sure something shows up on screen, let’s add a title:

If done correctly, the webpage should automatically update with your new title. If you’re familiar with HTML, you can start using elements to create your own web page. For example, we might add a subtitle as follows:

Keep a close eye on this layout variable. We’ll be using it to insert graphs later.

Now that we have a web app, we can begin visualizing some data. For this, we’ll be using a publicly available data set found here

. In particular, we’re looking for a csv that we can load using Pandas. Luckily, the repo linked has several examples including some Apple stock data. To load it, we’ll use Pandas:

With the data loaded, we can create a figure as follows:

Now, this figure won’t show up in our website until we’ve added it to our layout. So, we need to go back to the section of the code that includes the layout and add a new HTML element:

If all goes well, we should have a web page that looks like this:

Now, we have a web page with some data visualization in it! What makes this particularly cool is that the visualizations are all interactive right out of the box. For instance, you can scroll over data points to see their x and y values. How cool is that?

In the future, we’ll take a look at expanding this code to include other types of plots. For now, however, we’ll keep this code simple. If you have any particular types of plots you’d like to see, let me know. I’m really into data visualization, and I’d love to share more examples.

In the meantime, you can stick around and learn a bit more Python with me. For instance, here are some helpful places to get started:

Also, I’d appreciate it if you took a second to check out some of the following Python resources (#ad):

With that said, let’s call it for today! I’ll see you next time.