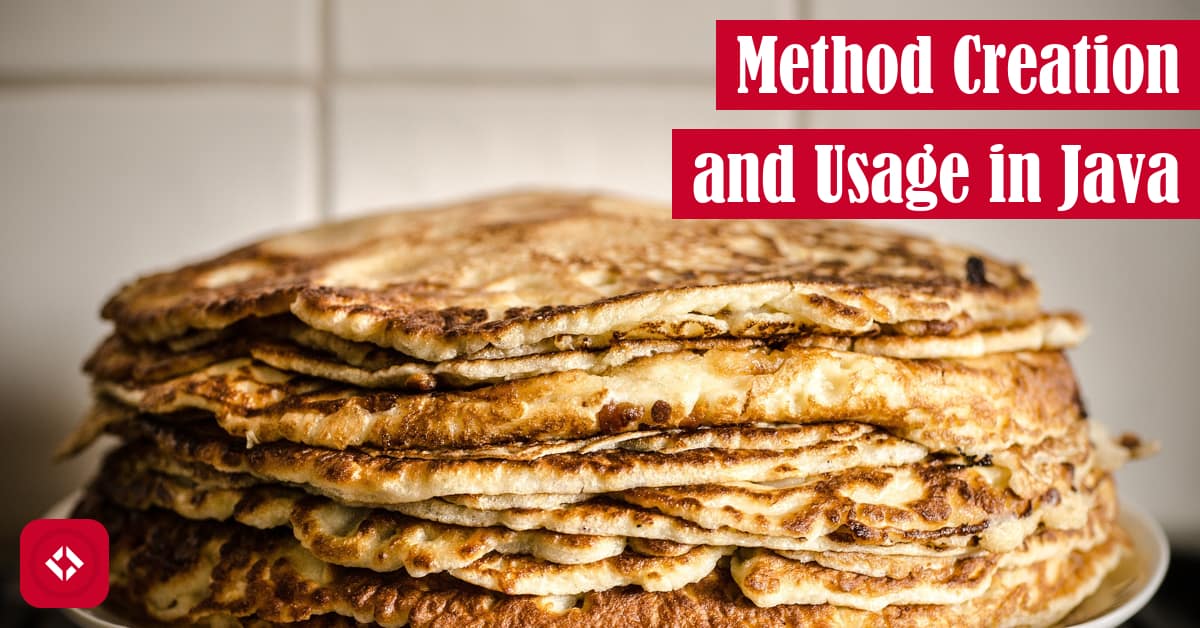 Once again, welcome back! The topic for today is Java methods. If you have not been following along, we have covered logic and binary, primitive types, and reference types. Now, we’re going to dive into one of the features of objects called method. In particular, we are going to focus on method creation and usage in Java.

If you’ve had a chance to play with strings, then you’re probably familiar with a few methods like length() and equals(). In fact, last lesson we covered methods very briefly when we mentioned the dot operator.

As it turns out, methods are actions we perform on objects. In the case of strings, we’ve used methods to learn about various String objects. For instance, we can use length() to determine the number of characters in a String object.

Of course, methods can do other things like manipulate objects. Since strings are immutable, there typically aren’t many of those kinds of methods. However, they do exist.

For instance, there is a String method called toLowerCase() which will convert all the characters in a String object to lowercase. As already mentioned, strings are immutable, so the method will actually return a brand new String object—one with a new address. Let’s take a look:

Notice how the two strings are different. That’s because the original String object was never changed. Instead, the toLowerCase() method returned an entirely new String object. We’ll dig more into this later.

Until then, we should probably touch on an important Computer Science topic: the stack.

As we continue these lessons, we will want to become familiar with two key areas of computer hardware: the stack and the heap. These two concepts define regions of memory where a program lives.

When we talk about methods, we really only care about the stack. The stack is a last-in-first-out (LIFO) data structure which closely resembles something like a pancake stack (except it is often drawn upside down). As you might imagine, the last pancake added to the stack gets eaten first.

For the sake of argument, let’s say that equals() calls a few methods of its own. For instance, maybe it compares the two strings by length. If they’re the same length, we’ll say the strings are equal. To do this, equals() would have to wait for length() to finish computing on both strings before it could return true or false.

Once length() is finished, it will pass the result to equals(), and the program will push an additional length() call on top of the equals() call for the second string. Finally, equals() will use the result of both length() calculations to report true or false.

Don’t worry if this seems over your head! We will revisit stacks in the future.

A Tale of Two Methods

In general, there are two basic types of methods: static and instance. So far, we have been working with instance methods which operate on an instance of a class. For example:

Here, we have two instances of the class String: favoriteColor and favoriteFood. The first thing to note is that the equals() method makes use of both of these variables. However, only one of these variables is supplied as an input while the other is initiating the method call.

So how does this work?

Instance methods work because the object they are a part of provides context to the operation. In other words, we only need one input for the equals method because it has access to the calling object.

Meanwhile, a static method belongs to the class only. In other words, static methods do not have access to instance properties like the character sequence that defines favoriteColor. Instead, static methods provide utility to a class as a whole. For instance:

This line calls the static method valueOf() from the String class on an integer. The result is the integer as a String or “5.” Static methods work without ever needing an instance of a class because they don’t need any context to perform their function.

Now that we have an idea of how methods are used, let’s take a look at how they are written.

In the first line, we have quite a few pieces of information:

The next bit is the method name followed by parentheses which contain the inputs. In this case, we have created an add method with two int inputs.

Inside the body of the method, we have the return statement. The return keyword marks an exit point for the method. In other words, return takes whatever is on its line and returns it as output from the method. If we were to call add(5, 6), the return line would give us a result of 11.

You may also notice that there are a couple of pieces of interesting syntax. For instance, the line in the body ends with a semicolon, ;. In Java, all lines must end with a semicolon unless they open a code block. Code blocks are opened using an open brace, {, and closed using a close brace, }.

Unfortunately, until we talk about class layout, we won’t have any static method examples for you to try on your own. However, you can try writing your own instance methods which will serve a similar purpose for now.

Instance method syntax is exactly the same except you exclude the static modifier. For instance:

Try entering this directly into the DrJava

interactions pane. If successful, you should be able to call the method using its name and two inputs of your choice. Try using your knowledge of the primitive types to observe the method under various inputs. Some examples might include:

Notice how some of these examples fail where they might not have using the addition operator. That’s because our method enforces integer input only.

So what makes this method different from a static method?

At the moment, nothing. However, try the following:

Without realizing it, you have just overloaded the method add. Not sure what that means? Try calling add both ways: once with no inputs and once with two inputs.

You have just created two different add methods that both share the same name. This is perfectly legal in Java, and it allows us to expand the behavior of a single method to handle multiple input parameter lists. There are many uses for method overloading, but in general it is used to improve code readability.

In the future, we will definitely tackle code readability as I feel it is the most important aspect of coding. For now, we’re going to stop here. Thanks again for sticking around! Up next we’ll be widening our scope to class structure, so we can start writing our own code.