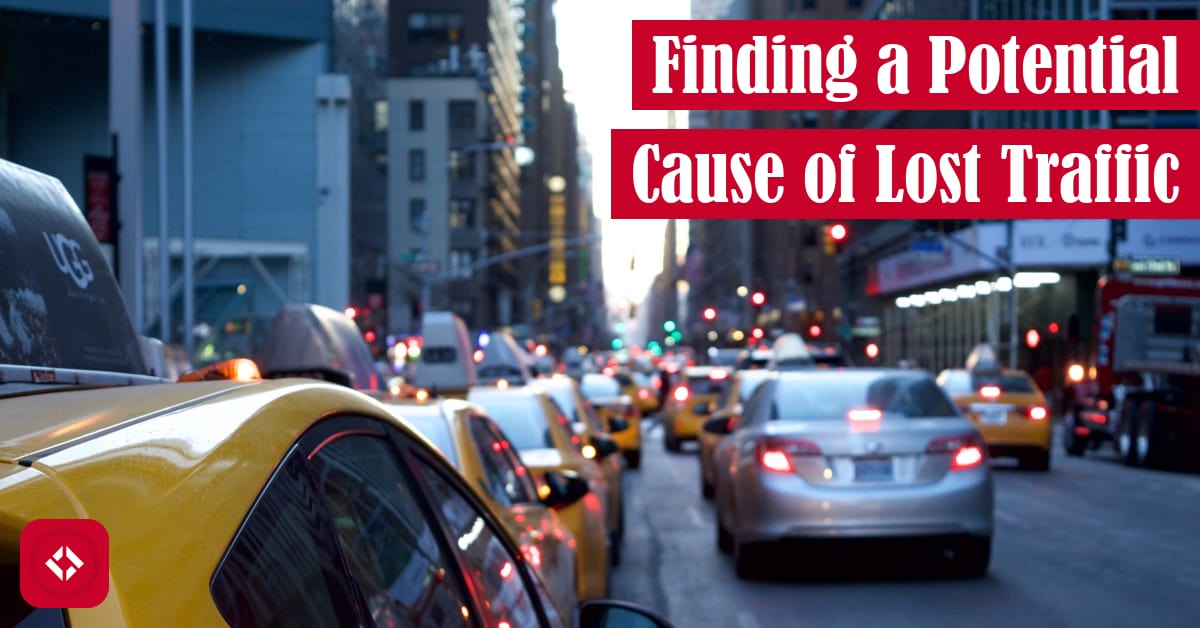 One of my biggest struggles over the past year or so has been building up traffic. To be honest, I’ve tried just about everything just to build up a nice portfolio of posts, but the traffic just continues to decline.

Then, I had an epiphany recently. What if my syndicated content was outranking my canonical content? And, it turns out I was right! One of the websites that I post my content to was beating out my own site in Google ranking, so I decided to investigate.

In the remainder of this article, I’ll go over some of the preliminary findings. Then, I plan to talk about the changes I’ve made that will hopefully start driving more traffic to the site. Of course, we’ll see!

To kick off my investigation, I decided to look at every article I syndicated to see which articles were ranking under my website (i.e. The Renegade Coder) and which were ranking on the other site.

Right off the bat, we can see that I’m getting pretty shafted. Of the 23 articles syndicated, nearly half (11) were ranking for the wrong site! In the next section, we’ll take a look at what I’m doing to rectify this issue.

The Lack of Canonical Tags

After I generated this table, I really questioned whether or not syndication made sense. At this point, I’m not sure if it does. That said, I figured there was some way I could make this right. After all, I post to DEV all the time

, and I don’t have any issues with those posts outranking The Renegade Coder. So, what gives?

As it turns out, the other site wasn’t properly syndicating my articles. Sure, they credited me just fine. In fact, they even linked the original article at the bottom of each post. However, they weren’t properly tagging the post with the rel=canonical.

As a result, Google is forced to decide which piece of content is the original. Naturally, this depends on a lot of factors, but the fact that their website is much bigger and more established probably plays a role. Even with the link back to my site, Google still felt the other site was giving a better experience, so they chose that content as the original.

Now, this frustrates me for a couple reasons. For one, if I ever decide to update the original content, the changes will never be reflected on Google. In other words, the people who find my article through Google will never benefit from those changes.

Likewise, I’m obviously losing traffic to my own site. As a result, my site never grows in authority. In addition, I can’t leverage any of that traffic to build my Patreon

, nor can I try to siphon that traffic off to other useful content. Hell, I can’t even put up ads or use web monetization because people just aren’t coming to MY website.

Again, the whole point of syndicating content is to provide another site with some content in exchange for an expanded audience—no more, no less. I get to put my content in front of more eyes, and they get some free content for their audience. If somehow that syndicated content becomes the “original” to Google, it sort of feels like you’re being robbed.

Fortunately, there’s a solution: just use the damn canonical tag!

Once I realized my articles weren’t ranking for my site, I decided to reach out to my syndication contact. Here’s what I said (with typos and everything):

I’m currently syndicating my content to your sites. For a while, this has brought me a lot of value. However, I’m finding that some of my articles are getting ranked from your sites rather than mine. For example, I wrote an article titled “How to Increment a Number in Python”. If I search for that query, your site shows up.

Now, this isn’t inherently a problem because most of the embedded links still point to my site. However, I am bothered that I can’t update the content on your sites. For instance, if I decide to add an additional solution to my increment article, your readers will never see (and it’s likely that neither will mine).

As a result, I have a request: is there any chance I could get the canonical URLs on your site to point to my site. This was a request I made when we started working together, but I haven’t seen it play out in reality. If not, I’d kindly ask that we break our arrangement, so future articles won’t end up ranking incorrectly.

Luckily for me, they responded rather quickly with the issue resolved. Now, I’m stuck waiting to see if the new canonical links will resolve any issues on Google. Of course, we’ll just have to wait and see.

Right now, my plan is to check the URLs using the queries in the table above every day or so until I see my site updated. My worry is that this will take a long time. In the worst case scenario, nothing will happen. That said, I’m hopeful.

If I do see some changes, I’m planning to release a follow up article that covers this issue in more detail. Specifically, I want to answer the question: how long does it take for a canonical tag to take effect? Of course, I’m also interested in other thinks like the effect that publish date and syndication date have on Google rank—among other things.

In the meantime, of course, I’d love it if you took some time to support the site. Here’s a nice list of ways you can do just that. Naturally, it includes a lot of the things you’d expect like my Patreon and newsletter.

Likewise, here are some related articles which talk about some of my website statistics:

Otherwise, enjoy the rest of you day/night! I appreciate you stopping by. It really helps the site a lot.